The Hallé with Nicola Benedetti for Szymanowski's Concerto No.2

Fresh from her portrayal of the critically acclaimed Wynton Marsalis Violin Concerto last season, Nicola Benedetti, arguably one of the most sought-after violinists of her generation, joins forces with Sir Mark to explore the lesser-known Second Violin Concerto of Szymanowski.

It’s infused with Polish folk music from the Tatra mountains, which Szymanowski said was ‘the discovery of one’s own jewels’ when he encountered it. Of the same generation, Respighi and Szymanowski were both master orchestrators, hence the former’s ‘exquisite and so colourful’ evocations of Roman fountains at different times of the day makes the perfect companion.

After the interval, Sir Mark continues his explorations of Brahms’s symphonies while following in the composer’s footsteps by performing his Second Symphony with a smaller string section, emulating the composer’s quest for transparency of sound. 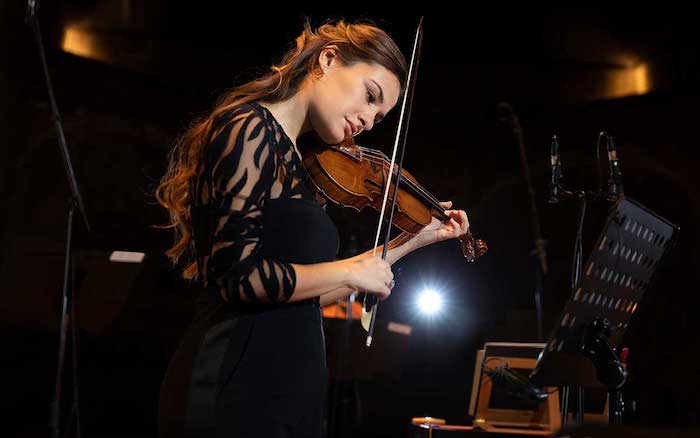