The Hallé welcomes, for the first time, German conductor Kevin John Edusei whose career is well established on the concert platform and in opera as former Chief Conductor of the Munich Symphony Orchestra and the Bern Opera House.

He’s joined by a pianist long admired by Hallé audiences, Nelson Goerner, whom BBC Music Magazine dubbed ‘An artist of a very high order’. He plays the concerto with which Rachmaninov, as composer and virtuoso pianist, swept the world.

American composer Missy Mazzoli wrote her animated Sinfonia (for Orbiting Spheres) in ‘the shape of a solar system’, elaborating that ‘it’s a piece that churns and rolls, that inches close to the listener, only to leap away at breakneck speed’. To conclude, Dvořák’s genial, sunny Eighth Symphony, bursting with the beguiling folk tunes of Bohemia. 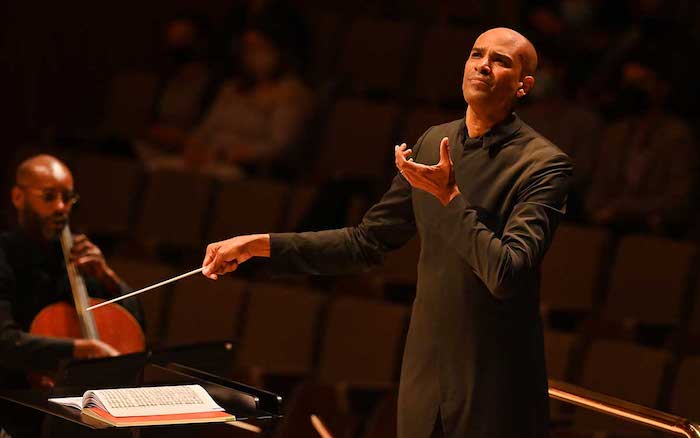