The Hallé - Benedetti, Kanneh-Mason and Grosvenor

The Hallé with Nicola Benedetti, Sheku Kanneh-Mason and Benjamin Grosvenor

Undoubtedly one of the season’s highlights: not only does Nicola Benedetti return for a second appearance, this concert features the hugely anticipated Hallé debut of Sheku Kanneh-Mason. Completing a dream team of artists to perform Beethoven’s ‘Triple’ Concerto, Benjamin Grosvenor is no stranger to Hallé audiences.

Dalia Stasevska, Principal Guest Conductor of the BBC Symphony Orchestra, also makes her debut with the Hallé, framing the concert with music by Sibelius; the youthful Karelia Suite and the Seventh Symphony, his taut final word of symphonic mastery. The works of Swedish composer Andrea Tarrodi have been described by BBC Music Magazine as having ‘a powerful emotional core’ as in her Paradisfåglar, ‘inspired by BBC Planet Earth films about the strange and beautiful birds of paradise, their many different colours, the way they fly, sound and sing’. 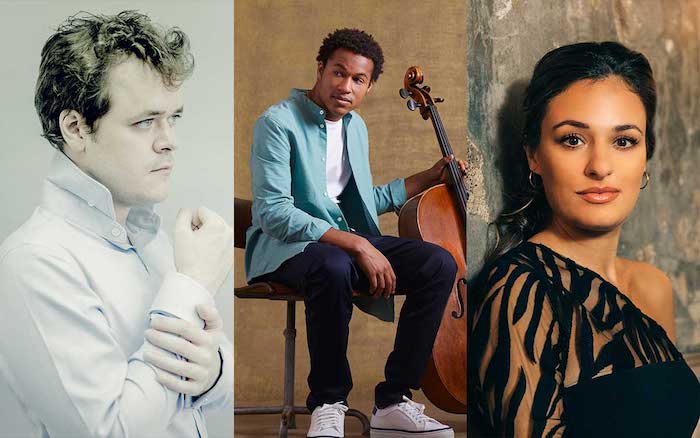