Three of the fiercest drag stars from the US and UK are to star with a full supporting company of singers and dancers in the world premiere of ‘Strike A Pose!’, a sickening, glamorous live theatrical spectacular.

They are joined by a multi-talented supporting cast as they WERK iconic hits made famous by the greatest divas of all time, including Britney, Madonna, Beyoncé, Cher, Rihanna, Judy, Liza, Whitney, Gaga and Ariana. Off-the- hook costumes, insane live vocals and killer choreography will leave you gagging for more. 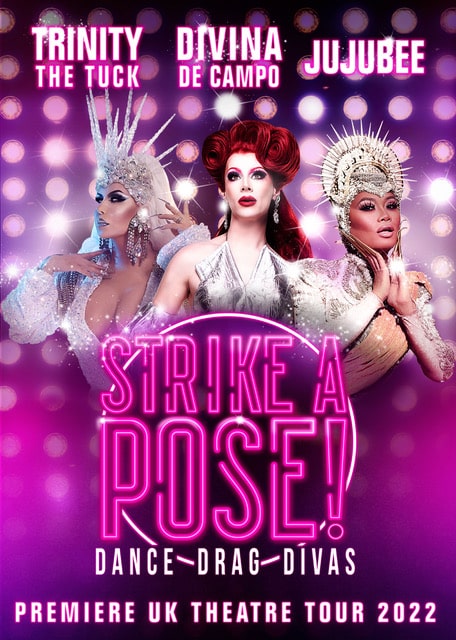