Quite Unfit For Females

In 1921, the FA prohibited women's football from being played on its affiliated grounds, effectively banning the game for fifty years. A century later, the story is being retold in a bold new medium by About Time Dance Company.

Join us in the Pitch Gallery on Thursday 30 June from 4pm and explore the history of the Dick, Kerr Ladies, a team formed by women working at a munitions factory that went on to entertain thousands of spectators at home and abroad. The money raised at games helped raise funds for charitable causes, such as soldiers fighting the First World War, military hospitals and, later, striking miners.

The inspirational story will be told via a cast of five dancers, mirroring the movements of the game. Join us in the Pitch Gallery and experience the inspirational true story, included with the price of admission. 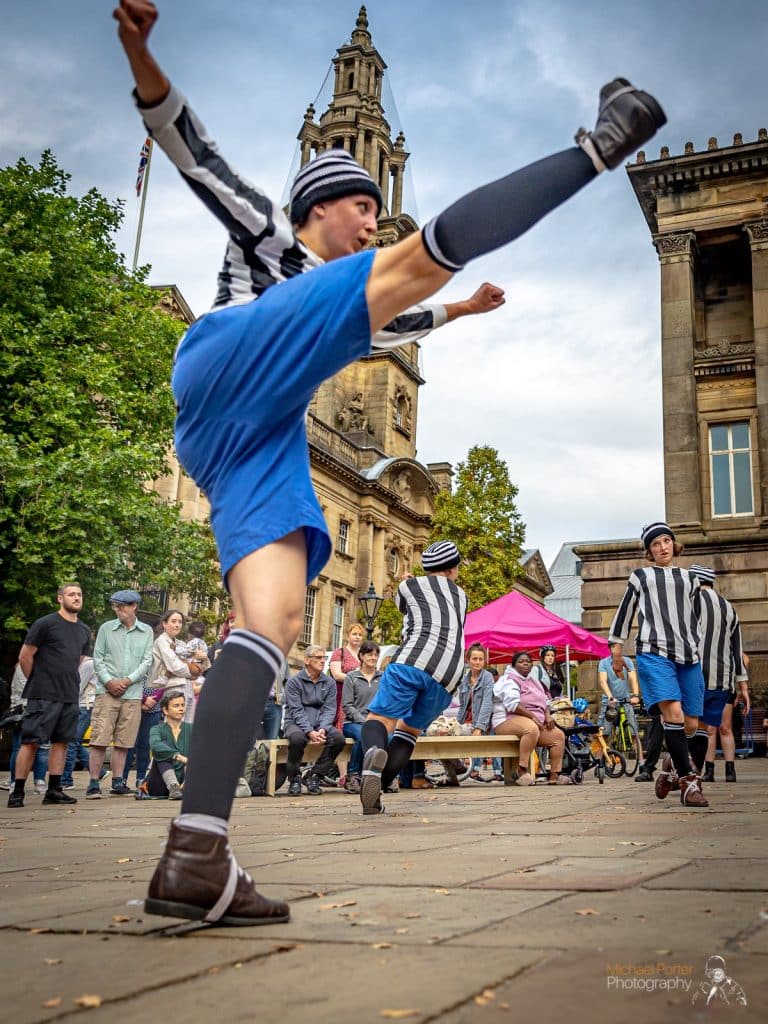