Phrases exists in a kind of ethereal space.

Projections of stream-of-consciousness writing are paired with often improvised movement and discussions of communication, to create a subtly humorous yet unnerving piece. Generally, the piece expresses some kind of solidarity with the anxious, the confused and those who overthink. It doesn’t even really tell anyone that it’s going to be okay – it just sort of says “I know…” and strokes your head, at the same time as having its own little freakout.

Phrases can be complicated, nonsensical and misleading and yet, somehow, we all know what they mean. Or do we? Phrases hilariously examines what would happen if we took common phrases literally, mixing contemporary dance with comedy to look at the circles and binds we create for ourselves through words.

His dance-comedy has been branded as “both delightfully and disconcertingly bizarre”, with hit shows at Summerhall at the Edinburgh Fringe Festival and Camden People’s Theatre, dance artist Lewys Holt now brings his timely show about communication and miscommunication to Manchester. 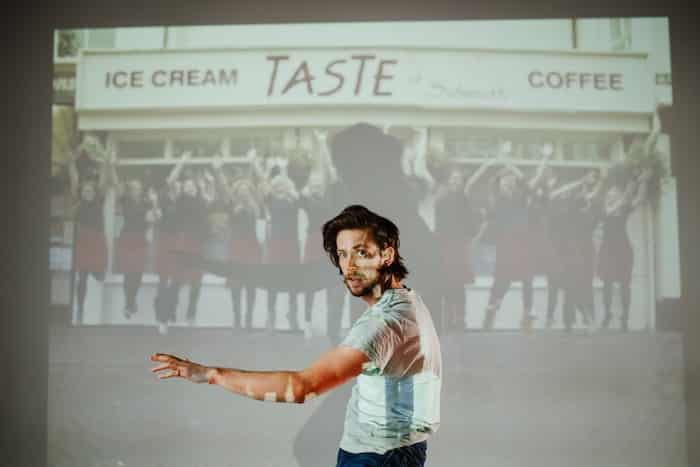