The eternally controversial "Prince of Darkness"

Ozzy Osbourne announced six dates in the UK as part of No More Tours 2 – his final European jaunt – visiting Nottingham, Birmingham, London, Manchester, Newcastle and Glasgow. In October 2020, Osbourne announced that the tour would be rescheduled to early 2022, saying: "I really want to thank my fans for their loyalty and for waiting for me. Believe me, I can’t wait to see you all again. Please stay safe in these uncertain times."

John Michael “Ozzy” Osbourne gained international notoriety as the controversial and eternally theatrical frontman of metal giants Black Sabbath. After a succession of hugely successful albums, Osbourne was fired from the band in 1978 and embarked on a solo career. 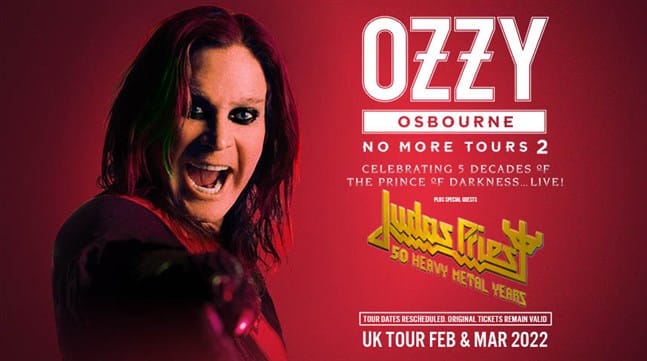