Profits got to The Christie

Manchester indie favourites and Night & Day friends Haven are reforming for a special gig on Thursday 14th July, with profits going to The Christie Hospital.

The gig comes 20 years after the release of their elebrated debut album ‘Between The Senses.'

The four-piece, known for early ‘00s indie anthems such as ‘Say Something’ and ‘Til The End’, will take to the stage to celebrate the 20th anniversary of recording their debut album ‘Between The Senses’.

Originally formed in Cornwall, the band rose to international prominence in the early ‘00s after relocating to Manchester at the behest of legendary Smiths manager Joe Moss. After releasing a string of Top 40 singles, touring Japan and the US and appearing on Top of The Pops, the band split in 2005 and haven’t played live since reforming for a one-off reunion gig ten years ago. 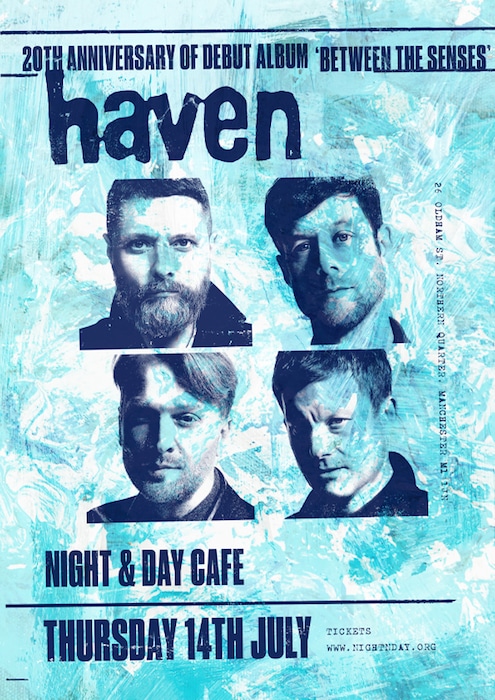