Ghost Stories of an Antiquary by M R James

Eight of the best ghost stories ever written, brought thrillingly to life over two late October nights, in an extraordinary one-man show.

In 1904 M R James published what was to become the most highly regarded collection of supernatural tales in the English language. His Ghost Stories of an Antiquary were originally written to be read aloud to friends in King’s College, Cambridge, mostly at Christmas, in the 1890s and early 1900s. Over a century later, the eight stories retain their singular power to terrify and amuse, and all are today acknowledged as classics: ‘Canon Alberic’s Scrap-book, ‘Lost Hearts,’ ‘The Ash Tree,’ ‘The Mezzotint’ ‘Number 13,’ ‘Count Magnus,’ ‘Oh, Whistle, and I’ll Come to you, my Lad,’ and ‘The Treasure of Abbot Thomas.’

For the last 15 years performance storyteller Robert Lloyd Parry has been travelling the earth enacting the ‘M R James Project,’ a series of six critically acclaimed one-man shows based upon James’s tales. Now for the first time he will perform the whole of Ghost Stories of an Antiquary, by candlelight, over two nights at The Chapeltown Picture House in Manchester. 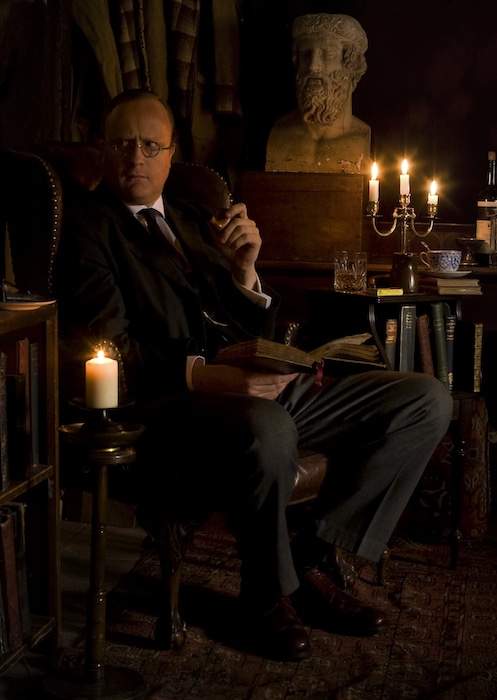