Usually associated with live music for the blues, soul and funk lovers of the world, this winter, The Blues Kitchen will be extending its offering and showcasing screenings of England’s World Cup games during the competition in Qatar, live from the Concert Hall.

Kicking off with England’s opening game against Iran at 1pm Monday 21st November, followed by the USA at 7pm on Friday 25th November, and finishing off the group stages against Wales, at 7pm on Tuesday 29th November. If England are successful in the group stages, any further England games, all the way up to the final, will also be streamed from the venue.

Bar food from the Southern-inspired kitchen will be available during the games to order. Guests can tuck into dishes such as Blues Kitchen’s famous Buffalo Chicken Wings, Szechuan Baby Back Ribs, Cheeseburger Spring Rolls, Cajun Popcorn Squid, the Bacon Double Smashburger or sharers such as the Wings & Things and Veggie Feast.

In addition to the tasty bar food, The Blues Kitchen live band will also be on hand to perform on stage straight after the final whistle is blown, allowing fans to carry on the celebrations into the evening. Expect Sweet Caroline with a Blues Kitchen twist. 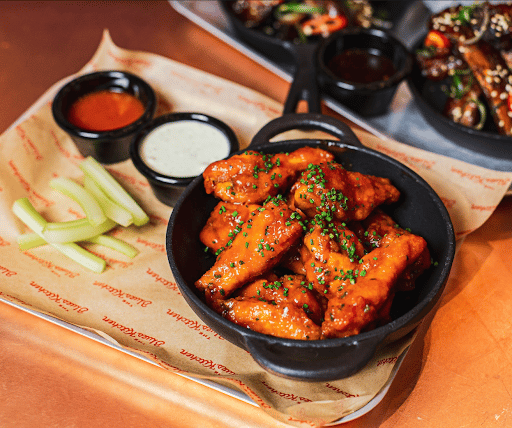