Boyzlife will kick off their colossal 27-city outing on Monday 22 September at Liverpool’s premier arts and entertainment the Philharmonic Hall, before heading to Scotland where the duo will headline Aberdeen’s Music Hall and Usher Hall in Edinburgh, and concluding at Hall For Cornwall in Truro. The duo will be backed by a full live band and audiences can expect to hear their recent and first original single ‘The One’ - co-written by Brian and legendary songwriter Guy Chambers (Robbie Williams, Kylie Minogue, Rufus Wainwright).

Boyzlife is the supergroup formed by long time pals Keith Duffy and Brian McFadden who previously appeared as members of '90s and '00s boybands Boyzone and Westlife, respectively. With Boyzone, Keith Duffy enjoyed six UK number one singles and 16 out of 17 of their first single releases making the top 5. With five number one albums also to their credit, Boyzone achieved worldwide sales of over 25 million records. Brian McFadden has enjoyed similar success, including 12 UK and Ireland number ones as a member of Westlife, and a record breaking seven top spots in a row. 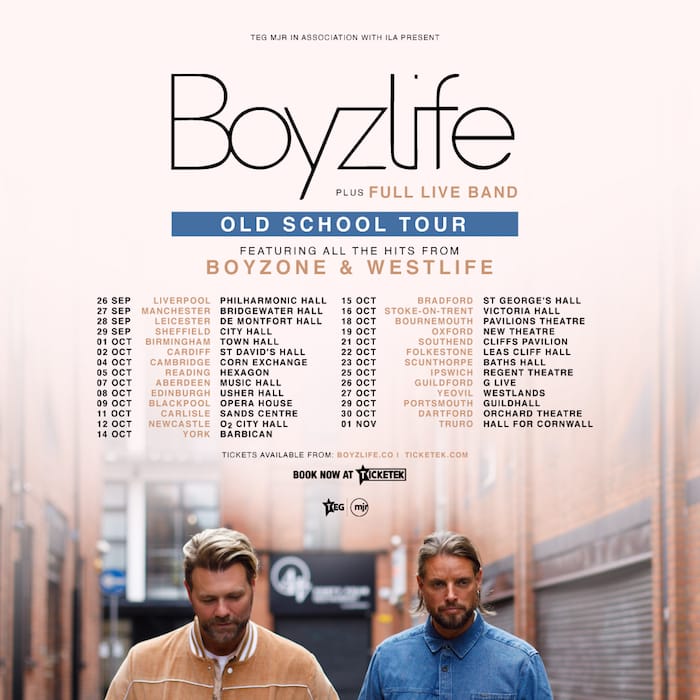