A series of FREE Recitals held in Forsyth’s Piano Showroom, sponsored by Bosendorfer:

This evening’s programme, a musical memorial to the tragic events of 9/11, includes the Manchester premiere of Sudden Memorials by University of Manchester Professor Kevin Malone.

Sudden Memorials is dedicated to Adam who gave the premiere at Wigmore Hall, London on 11 Sept 2021 at 1pm, the exact hour in Britain 20 years on from the beginning of 9/11. The work was released on the Coviello label in September 2021

Chosen as ‘One to Watch’ by International Piano Magazine, Iyad’s debut album - Khachaturian Piano Works for BIS Records was released in November 2019 to critical acclaim. The album was described by Gramophone as ‘exhilarating and delivered with perfect clarity’ and ‘an outstanding debut’ by BBC Music Magazine.

In 2021 Iyad was a prize-winner at the Young Classical Artists Trust (YCAT) International Auditions.  At the opening of the 2021/22 season, he recorded his second CD for BIS with the BBC National Orchestra of Wales conducted by Andrew Litton including Khachaturian’s Piano Concerto and Masquerade. 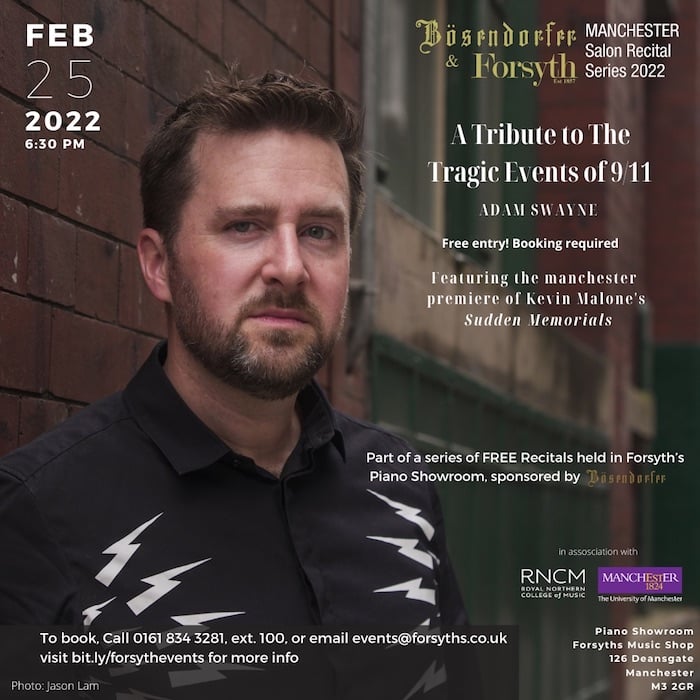 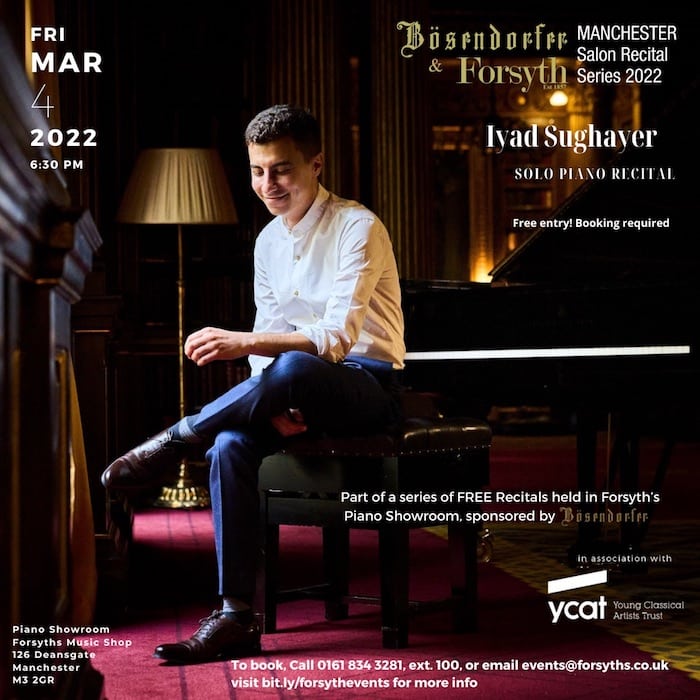