“They say you don’t have the capacity to be scholars. So read everything. Learn everything. Know the philosophers, and then think for yourselves.”

A moving, comical and eye-opening story of four young women fighting for education and self-determination against the larger backdrop of women’s suffrage.

1896. Girton College, Cambridge, the first college in Britain to admit women. The Girton girls study ferociously and match their male peers grade for grade. Yet, when the men graduate, the women leave with nothing but the stigma of being a ‘blue stocking‘ – an unnatural, educated woman. They are denied degrees and go home unqualified and unmarriable.

In Jessica Swale’s play, Blue Stockings, Tess Moffat and her fellow first years are determined to win the right to graduate. But little do they anticipate the hurdles in their way: the distractions of love, the cruelty of the class divide or the strength of the opposition, who will do anything to stop them. The play follows them over one tumultuous academic year, in their fight to change the future of education. 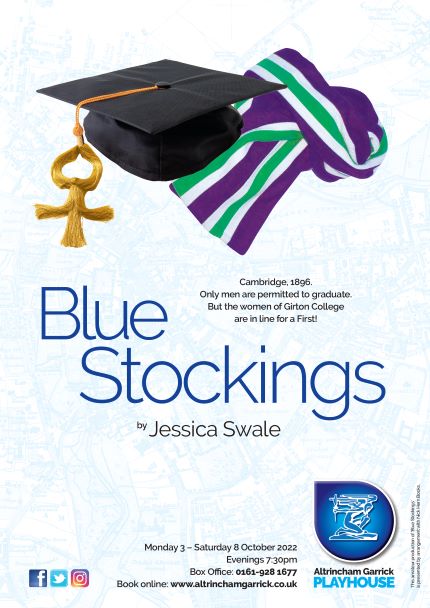