The biggest hits of the 90s!

Get ready for a spectacular 90s night, with some of the best artists and vocalists from the era! This unique show includes a full 17-piece elemental orchestra performing live alongside the artists this Autumn!

British vocalist, Alison Limerick, joins us at show. Alison helped shape the 90s era with her tune Where Love Lies which was released in 1992 and With a Twist in 1994. Alison went on to work with artist such as George Michael and Courtney Pine and regularly tours Europe singing soul and jazz. 90s English breakbeat group Baby D are legendary in the dance music world. Their track Let Me Be Your Fantasy reached number one in 1994 and they went on to release I Need Your Lovin and So Pure which have stood the test of time!

Dance pioneers Livin Joy also join us at the Albert Hall this September. The Italian Eurodance group spearheaded the scene with their track I’m A Dreamer in 1994. The following year it reached number 1 in the 1995 UK charts. This belter continues to be played at clubs across the country and is true classic. Zimbabwean artist Rozalla’s singles Everybody’s Free (To Feel Good) and Are You Ready to Fly were powerful and catchy anthems and became huge pop and club hits in the early nineties, establishing her as a queen of the rave.

Phats and Small, known for their legendary track Turn Around come to Albert Hall this autumn. The masters of the noughties disco belters Tonite, This Time Around and Feel Good, you can expect only the best live performance energy from these guys! They’ll be switching up the vibe, performing a live DJ set at the show which we cannot wait to hear. 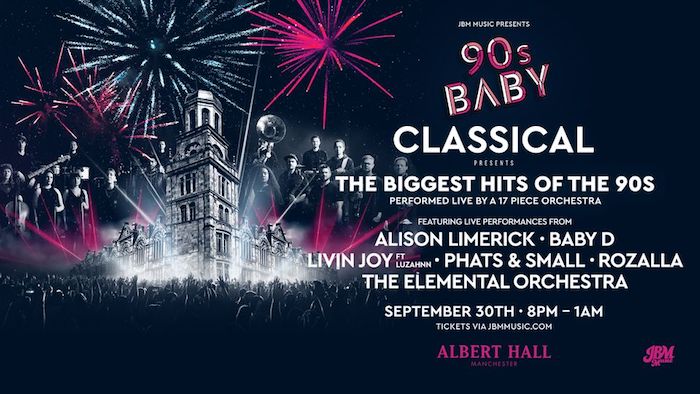