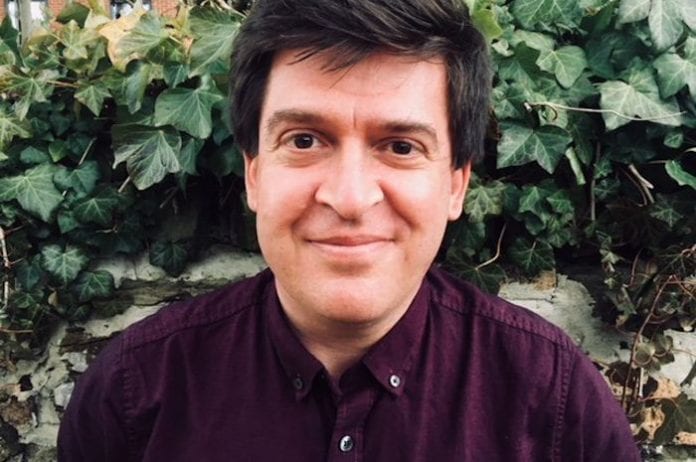 Jake Murray is no stranger to the Manchester theatre scene. His father Braham was one of the founding artistic directors of the Royal Exchange Theatre in 1976 – and the longest-serving, retiring in 2012.

Jake has worked at the Royal Exchange, directing the likes of Andrew Garfield in Romeo and Juliet, 53Two and the now sadly closed Lass O’Gowrie.

He returns HOME to direct Jesus Hopped The ‘A’ Train at the Manchester arts hub in May.

What made you want to be a director?

I grew up in a theatre family watching exciting productions of great plays, so theatre always attracted me and was always an option. I never liked acting, however. I could never get interested in just one segment of a play or production. What interested me was the whole world of a play, the network of characters and relationships, not just one individual journey. I have always been someone who was fascinated by human psychology, how we interact and the bigger questions of life, so I found myself drawn to directing.

Also, I wanted to see theatre the way I wanted it to be: full of passion. I also wanted to say something about life and the world I lived in, to fight for the values I believed in, and theatre seemed the way to do it.

Since 2008 I have diversified into film direction, poetry and screenplay writing, but I will always love theatre first, for its direct live experience, its powerful emotions and its ability to create the most extraordinary magic on stage. The interaction of actors carrying a role and telling a story non-stop for ninety minutes or two hours in front of you cannot be bettered, however exciting the moving image may be.

You directed plays at the Royal Exchange. How was that experience looking back?

Working at the Royal Exchange was an extraordinary experience in many ways. I was very young when I joined, only 30, and left aged 37. During that time I went from being a trainee director to working with some major playwrights in the Studio – Tom Murphy, Owen MacCafferty, David Williamson – to scaling that unique main stage. It was a steep learning curve, being part of such a vast theatre machine with such a history, but very rewarding. I learnt a vast amount. When I moved on I took that experience with me, and in many ways have been working out its legacy ever since.

Did you feel added pressure working at the Royal Exchange given your dad’s success there?

Yes, of course. The Exchange has a huge weight of tradition and my father’s history there was equally strong. I think every young director feels intimidated working there, but it was even harder for me in many ways because I was who I was and had a particular connection. There was an added weight of expectation and you were aware that you were being assessed through a particular lens. But I went in with my eyes open and in good faith, so I can’t complain.

You worked with Andrew Garfield and Gugu Mbatha-Raw, both of whom have been successful in Hollywood, as well as on stage. Did you sense this when you worked with them?

It was obvious that both Gugu and Andy were going to be huge. They had tremendous energy and chemistry on stage as Romeo and Juliet and the success of the production was massively down to that. What was lovely about their casting was that it wasn’t just an expression of me, but an expression of the Royal Exchange itself. Gugu had appeared in Antony and Cleopatra and Andy had been discovered in Kes. Here were two exciting young actors at the start of their career, so why not put them together as Shakespeare’s most famous lovers? Together they created something magical on stage. Directing the show was a kind of whirlwind. It was my first Shakespeare, so a lot was riding on it. But they were exceptional and great to work with.

What’s been your best experience as a director so far and why?

I think the two best productions I did at the Royal Exchange were by Tom Murphy: The Sanctuary Lamp and A Whistle In The Dark. They were tough to do, but they brought the best out of me. The most exciting single night was the opening of my first production there, The Dead Wait by Paul Herzberg. Before then, Strindberg’s Creditors that I had done at the Southwark Playhouse. After that, it has to be starting my own company, Elysium, with Days Of Wine And Roses last year.

What attracted you to Jesus Hopped The ‘A’ Train?

I’ve always loved what I call ‘Heaven and Hell plays’, which touch the heights and the depths of human experience. Those are the ones that reveal the soul more than any other. Jesus Hopped The A Train is one of those plays – quite literally in many ways. You see its characters ask the biggest questions and strive for the answers in a way we all do in our rarest and most private moments. Add to that that it’s inherently theatrical, and a real gift for actors, with very few tricks or frills. It’s primal stuff and utterly gripping.

Can you describe Jesus Hopped The ‘A’ Train to someone who has never heard of it?

It is set on Rikers Island, New York’s top security prison and one of the most notorious prisons in the whole of America. It centres on two inmates, Angel Cruz, a young man who shot the head of a bogus religious cult in the ass after trying and failing to rescue his childhood friend from his clutches, and Lucius Jenkins, an African-American fighting extradition on Death Row for the murder of eight people. As Angel awaits trial, he and Lucius are allowed an hour in the open air in adjacent cages. Lucius is the first person to show kindness to Angel who is struggling in the brutal environment of the prison, and the two begin to bond.

Can you summarise in five words why people should see Jesus Hopped The ‘A’ Train?

The northern premiere of Jesus Hopped The ‘A’ Train by Stephen Adly Guirgis is at HOME from 16-19 May 2018. 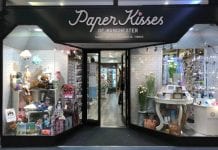