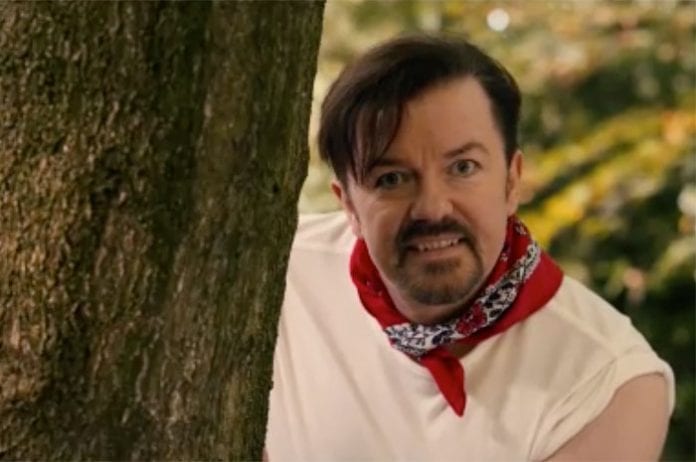 The Office still makes me laugh and cringe so viciously I want to punch my eyes closed to just stop seeing it. It’s a weird but great form of entertainment.

Without wishing to go into a big spiel about The Office, Brent is back. On the big screen. And he was in Manchester for an advanced screening and Q&A at the Odeon, Printworks.

Prior to going, my expectations were mixed. Usually when I hear a show I love is being re-made for the big screen, I let out an audible groan. The tendency to make it all Hollywoody often seems to rip the very heart out of why you liked it in the first place.

“Let’s take that innovative comedic masterpiece all centred on understatement and, well, middle England, and stretch it out over the Transformers structure, but maybe tone down some of the explosions.”

Adding “THE MOVIE” after The Office, or Brent in this case, is akin to following the word ‘Happy’ with ‘Meal’, making expectations plummet swiftly.

But I was confident it wouldn’t be like that. And it wasn’t. If you’re a fan of Gervais or the Office, you’ll love it.

It feels like a long episode of The Office rather than a film. And that’s very much a good thing. So much so that you find yourself expecting it to build up dramatically – but it doesn’t. It stays subtle, funny and consistently cringeworthy throughout.

I’m not going to give away any of the story but they have kept a really nice balance of dark and almost moving tragedy with one of the few universally shared pastimes we all enjoy – laughing at a total dickhead who has no idea he’s a total dickhead.

It’s wonderfully excruciating at times. It’s not perfect and some bits round the middle felt a bit samey but all in all it’s what we charlatan film critics refer to as a well good, funny film. You’ll like it. I did. If you disagree then you are entitled to that opinion but you’re wrong.

If you want to read a scathing hatchet job from a proper critic who missed the entire point and snarks about the “one trick pony” lark, head to Rotten Tomatoes’ experts section in a week or two.

The film was followed by the Q&A. Just to set the scene, I was about a strong 7 drunk and running at about 45% over bladder capacity. Ricky, Ben (aka Doc Brown) and Jo Hartley came out to talk about the film and Brent in general. It was really interesting and as funny as you’d expect. It was effectively Comicon for the many Office nerds who still quote lines to each other all this time later.

Being one of those nerds, and drunk, I got one of the six or so questions. See the video below. To clear it up, I started my question by quoting one of my favourite David Brent lines about Ian Botham being Brent’s hero as he’s a renegade but is also “walking to John O’ Groats for some spastics.”

The video only picked up the last bit which isn’t a good look out of context. But you know.

Yeah. I know. We just sort of bounced off each other from there, Ricky and I. Both entertainers. Lennon and McCartney, you know? Better, in a way.

“Oooh I wrote Hey Jude and all those other hits.”

Has he ever kept his composure to just bounce off and riff a bit about Sting with a Hollywood name while drunk, in public and on the verge of wetting himself on a school night?