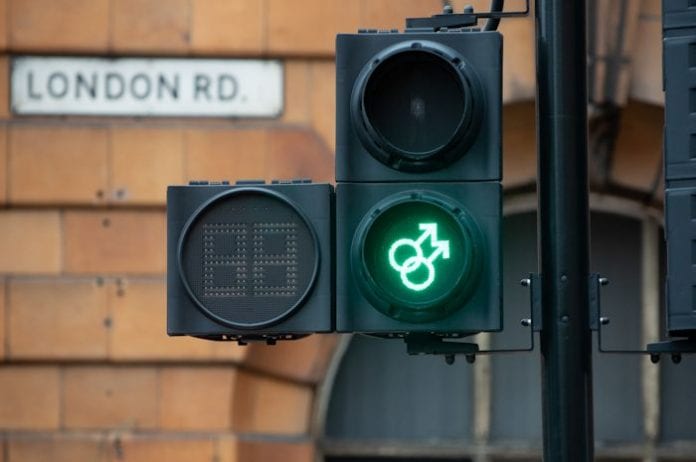 The green man symbol on pedestrian crossings in Manchester city centre is being replaced with images which represent lesbian, gay, heterosexual and transgender relationships.

The signals are at crossings adjacent to the Gay Viillage at the junctions of London Road and Fairfield Street, Whitworth Street and Sackville Street, and Princess Street and Whitworth Street. They will remain in place for the duration of the bank holiday weekend. 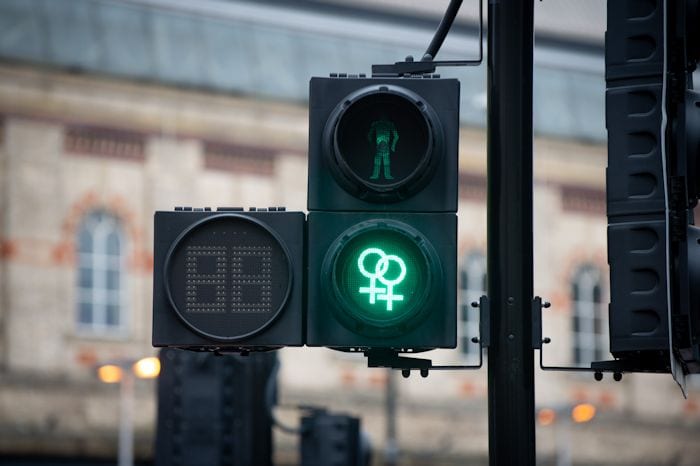 “These traffic signals are a way to show positive visibility that our great city can demonstrate that everyone in Greater Manchester is accepted for who they are,” said Greater Manchester’s LGBT Adviser Carl Austin-Behan.

“It’s such an important and beautiful message for LGBT people across Greater Manchester and those that are visiting for Manchester Pride. It’s great to get these messages across in a fun and simple way that can make such a big impact.”

The signals were made by Siemens Mobility Limited’s Intelligent Traffic Systems (ITS) business in the UK to show Manchester’s support for LGBT+ diversity.

The Big Weekend runs from Friday 24th – Monday 27th August with the Parade on Saturday 25 August.