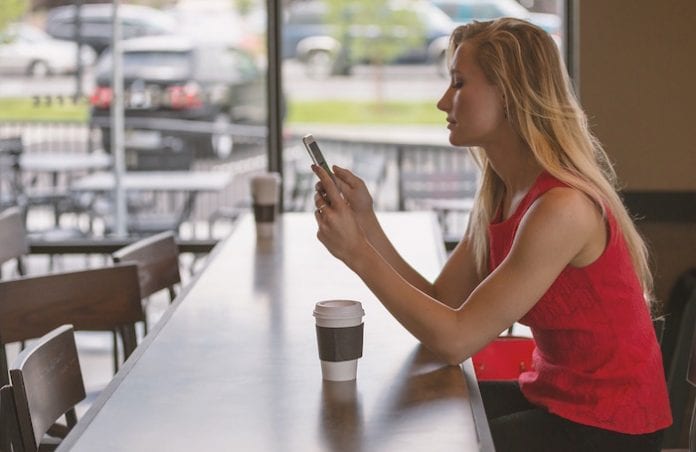 I’m going to say it. Millennials don’t know how to date.

Meeting someone face-to-face and then asking them out on a date seems somewhat archaic in a world where all we seem to do is swipe right to get the attention of someone who catches our eye, in the hope that they’ve also swiped right too.

Long gone are the days of courting, although my grandma still calls it that when she asks me about my love life. Well grandma, I’m not courting anybody – but look at how many potential suitors have sent me photos of their junk this week.

21st century dating is only skin deep. We use dating apps like Tinder and Grindr, basing our decisions purely on someone else’s profile photos. And even if we match, half the time we don’t exchange messages.

According to a survey published in the Independent, Manchester is the top UK city for singletons. A staggering 54.9% of us are single and ready to mingle.

But fear not, my fellow Mancunians, because there is a new dating app on the horizon. And and on this platform, matches actually send messages.

JigTalk is a dating app unlike any other. Its premise is simple. Users’ profile photos are covered with a 16-piece jigsaw. The only information you have to go off at the start of the conversation is your match’s bio and the background of their photos.

For each message exchanged, one piece of the puzzle is removed. The more you talk, the more is revealed.

JigTalk is aimed at 21 to 30-year-olds, says co-founder Max Adamski.

“We know that it still appeals to people outside of that bracket but in terms of where we’re delivering our marketing strategy, that’s the age range.

“It’s for people who are in that transitionary period of wanting no pressure and wanting to have fun – and also wanting to have something more meaningful. Whereas an 18-year-old would be much more suited to Tinder. Some people are better off seeking matches through Tinder or other dating apps. It’s as simple as that. If people want to actually talk on a dating app, then they should use us. There was a Tinder study that used over 650,000 matches and over 60% of those matches didn’t make it past the first message.”

Max and business partner Alex Durrant first came up with the idea when they were living next door to each other at university.  It has taken three years and three separate versions of the app to develop.

They moved the business to Manchester in October last year and aren’t regretting it.

“It’s such an amazing place for a tech start-up. Manchester is so underrated, there are so many companies that go down to London to make this step – but we just wouldn’t have it any other way. We intend on keeping our base in Manchester, even after the nationwide launch in October. 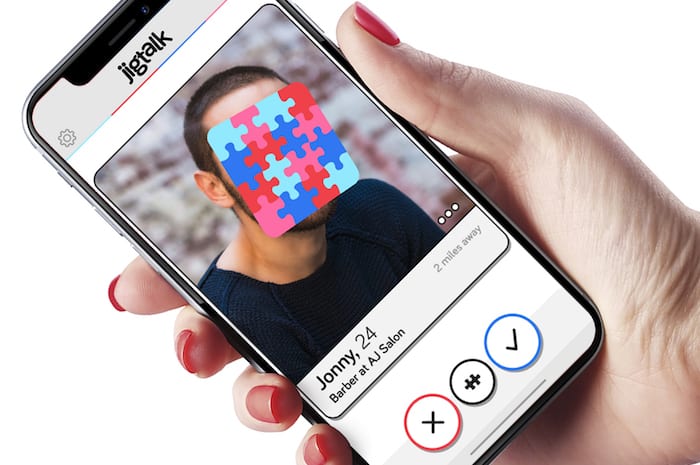 “We’ve been working with some Manchester companies and been in discussions about potential partnerships and I think that the appeal we have is because we have the opportunity to be a beacon for the Manchester tech scene.

“And who knows, it could be a domino effect of loads more tech start-ups coming to Manchester as opposed to London. The Tech ecosystem here is a lot more clear – it’s easier to get to the right people.”

JigTalk is free to download and currently available on iOS.

“At the turn of the year after our national release we’ll be looking to release it on Android as well,” says Max.

“We’ve just had our soft launch, so at the moment we’re still in a testing stage – we encourage people to use the app and from this data we’ll be making improvements before it’s national release in mid-October.”

But why should singles choose JigTalk over other dating apps?

“Conversation is guaranteed. We have built this app so that the process of playing is just as beneficial as the potential end benefit. Users can come on to the app, have some fun, send some messages and get to know people. Even if they don’t get a date, it’s still an edge-of-your-seat process for them.”

And the most important question. Does it work?

“What we’ve found through the 10,000 people that tested the app last year, is that this method of online dating was a psychological trigger to go on that first date after the puzzle was unveiled.

“Women in particular resonated with the fact that people were messaging them based off what they’ve written, rather than because of how they looked in their photos.”