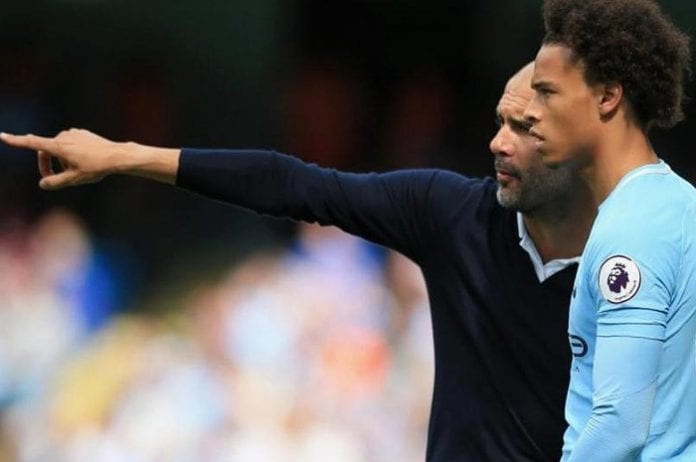 Despite no Leroy Sane, Premier League champions Manchester City played hosts to Rafa Benitez’s Newcastle side on Saturday evening and looking to get back to winning ways following last week’s draw with Wolves.

And eight minutes in they looked like doing just that as a darting run and spectacular strike from Raheem Sterling put them ahead. Sterling often gets criticised for his finishing but there was nothing wrong with his strike on Saturday.

Unsurprisingly, City enjoyed most of the possession. But the visitors took us by surprise as they levelled the score with their only shot of the half.

The second half saw the Blues up their game slightly with some good performances and a winning goal from an unlikely name.

But pop up Kyle Walker did with his first goal for the club – a stunning strike from long range to give City all three points and three wins from the opening four games.

“When they play five at the back, it’s always going to be difficult to break the spaces but I’m glad to have scored,” said Walker.

“I didn’t get on the score-sheet last season so it’s a happy moment for me.”

There were many positives in the game – some good solid performances from Stones and Laporte, Sterling had a good game and Bernardo Silva is proving to be every bit the player City fans expected when we signed him.

However, the main talking point around the game was the omission of Leroy Sane.

Germany manager Joachim Löw surprised most of us when he left Sane at home rather than take him to the World Cup. He later regretted that decision as the Germans went home early after failing to get past the group stage.

Having the summer off gave Leroy Sane more time than most of the City squad to prepare for the coming season and fans could be forgiven for expecting Sane to feature strongly early on.

In reality, the German winger has made three appearances so far this season in the Premier League – all of which have been from the bench. He was left out altogether on Saturday.

Pep later explained that Sane’s omission was because he had six strikers to pick from.

“The last game, Phil Foden was not in the squad. It was so sad for Phil, and I am sad for Leroy now, but we have a squad with six strikers. That’s why we decide this game he won’t be there. He needs to work hard now and make sure he is there.”

It’s true that, with such a wealth of attacking players at his disposal, it will be harder to pick a team than when players are injured and options are limited.

Last season, Guardiola left Sane out during pre-season as he felt his work rate was not up to scratch. It certainly worked – the German was voted Young Player of the Year – so I wouldn’t question Guardiola’s decision.

The three points secured on Saturday were important as we head into the international break, which sees Sane recalled to the Germany squad.  Hopefully, a good couple of games for Germany could inspire him to be the player we saw last season.

One City player who has not received an international call-up is young Phil Foden – something which fellow City team mate Kyle Walker thinks is a good thing.

Speaking about the youngster’s potential call up to the England senior squad, Walker said: “I believe it is too early to talk about England but that’s just my opinion. I am not the manager, the manager picks the team. I think he needs to come through and be nurtured the right way.

“We have seen a lot of people being given the opportunity too early, and it kind of swallows them up. I think let’s just let him keep playing football and leave it up to the other people who have to make those decisions.”

Having witnessed Foden take his chance in City’s first team with all the character of a seasoned professional, it certainly won’t be long until Gareth Southgate makes that phone call.