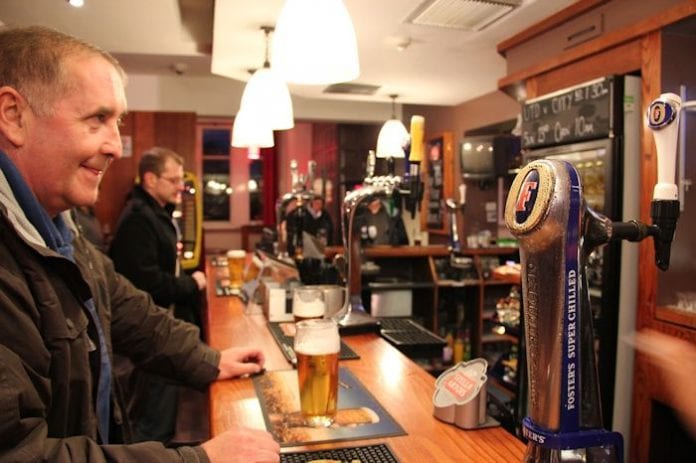 Chancellor of the Exchequer Philip Hammond’s recent announcement that this year’s Budget day will be 29th October has set nerves jangling in Britain’s hard-pressed pubs.

Fearing that the freeze on alcohol duty is set to be lifted under pressure from MPs lobbying for a £20 billion cash boost for the NHS, Britain’s Beer Alliance has ramped up its Long Live the Local campaign.

With £1 out of every £3 spent in pubs already taken by the taxman, any further increase in excise duty will be especially hard on traditional boozers like the Union Tavern on Liverpool Street, Salford.

Landlord Carl Grayson, 46, who took over running the pub from his dad Danny in 1985, says the ever-rising price of a pint could put the future of the pub in jeopardy. 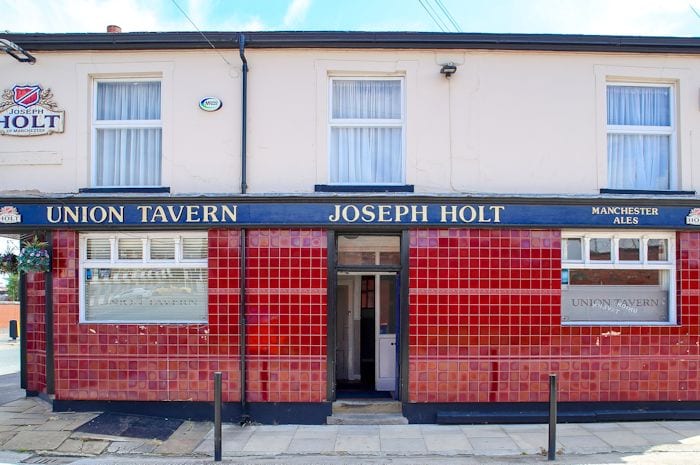 Carl, who runs the pub with his two elder sisters, Julie and Joanne, and his nephew Josh, said: “It’s not like it used to be and it’s difficult now to attract younger people. A lot of the youngsters buy whatever drinks are on offer at the supermarket because it’s a lot cheaper than the pub, drink it at home or at a mate’s house, then get a taxi into town.”

The Union Tavern is one of Joseph Holt’s houses selling quality beer at an affordable price across Greater Manchester. It has been isolated by widespread demolition in the area and Carl says the pub would struggle if it were not for the popularity of the darts teams and the pool team.

“Our regulars come to drink; we don’t do food,” said Carl. “For many of them the pub is a home from home. They come in every day, it’s part of their lives. Ten or 20p on a pint is the end of the world for them.”

Manchester brewer Holt’s, established in 1849, is an enthusiastic supporter of the Long Live the Local campaign.

The Beer Alliance, which is campaigning for beer taxes to be cut to help keep pubs open says that new research has revealed one in four people in the north west drink in their local at least once a week. But two pubs in the region are closing their doors for good every week – with rising prices one of the major factors.

A spokesman for the Long Live the Local campaign said: “Beer duty in Britain is three times the EU average. The government collects £3.5 billion every year in beer duty, as well as almost £10 billion in other taxes on pubs and brewers. Today one in every three pounds spent in pubs goes to the taxman.

“Along with business rates and VAT, beer duty is putting pubs under enormous pressure; every day pubs are closing their doors for good. And it’s about to get worse.

“The industry needs a cut in beer duty, but the government is planning an increase. Beer duty is now linked to RPI and that means it’s likely that beer duty will increase by at least 3% at the next Budget and every year for the foreseeable future.

“The last time beer duty increased year on year was between 2008 and 2013 when the government put a beer duty escalator in place. The impact on the beer and pub sector was catastrophic. Within 5 years there was a 24% decline in beer sales, 5,000 pubs closed and 58,000 people lost their jobs.

“Our pubs are a British success story. They have been at the heart of British culture for generations and remain one of our most valuable assets. The pubs and brewing industries combined create jobs, encourage tourism, and most importantly provide a vital place for communities to gather.”