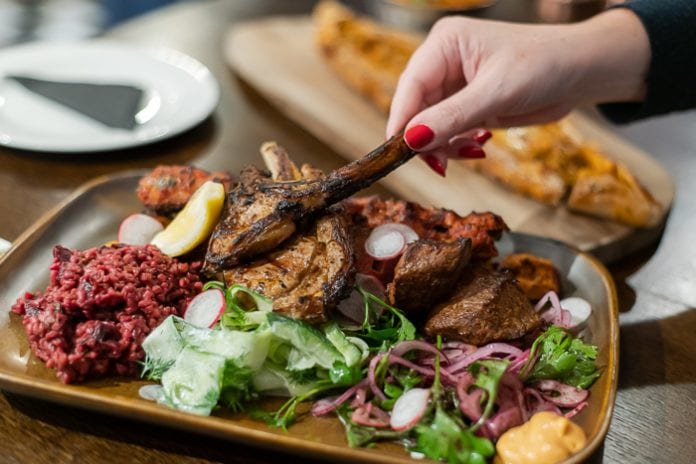 The Kai tribe (Turkish: Kayi boyu) was the second largest and most influential tribe of the nine-tribe Turkish nation. Legend has it, the Kayi was the tribe out of which the Ottoman Empire emerged.

The restaurant is owned by Tayub Amjad, the man behind Zouk Tea Bar, who is a big fan of the food and cafe culture of Istanbul. 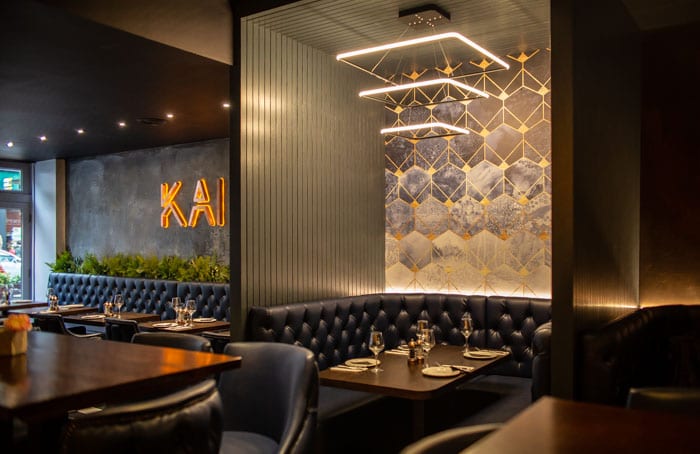 There’s also a selection of steaks including fillet, rib eye and huge tomahawks, and whole grilled lobster and sea bream.

We start our lunch, ready to be transported to Turkey, with a selection of traditional mezze dishes. The tradition is meant to unite people around the table in a spirit of sharing, says the menu. 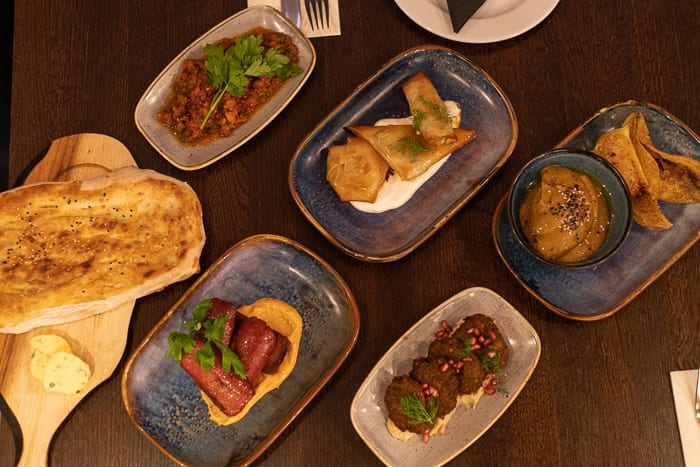 Fried sujuk sausage, the Turkish version of salami, is made with beef, garlic, sumac, and red pepper, a recipe dating back to around 1000BC. 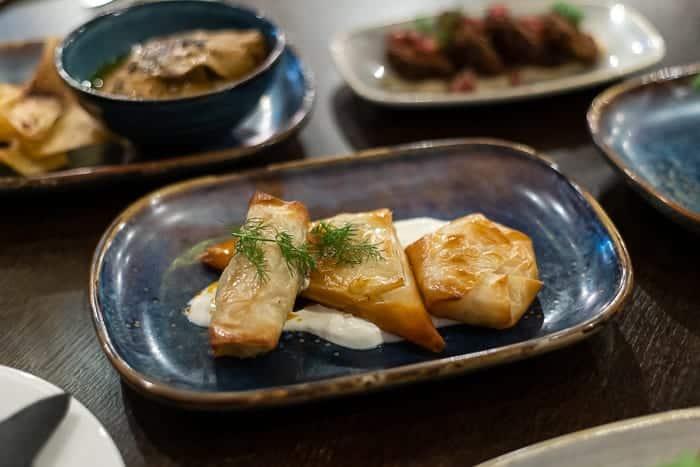 Ezme salad, a typical Turkish dish served in lokantas and restaurants throughout the country, is sweet, spicy and fresh with mashed tomatoes and hot peppers. 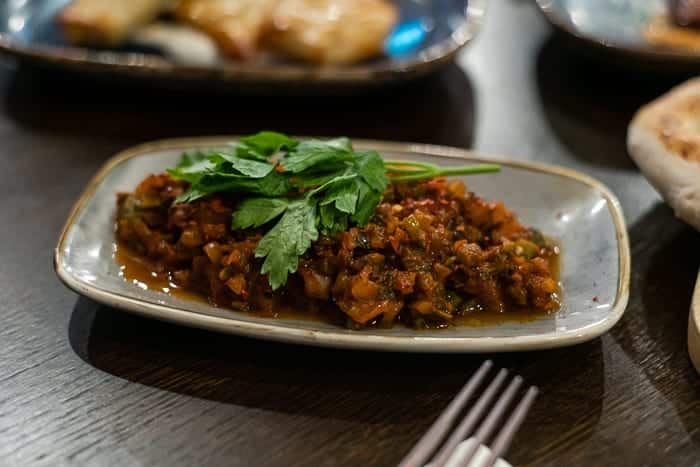 And then it’s onto the larger dishes. Pide – like a Turkish pizza, in a long oval shape –  is a light chewy dough topped with tender spiced lamb, wilted spinach and gooey melted cheese. We can’t get enough.

There are veggie versions with peppers and spinach or chicken and garlic butter versions, too.

The mixed grill is piled high with lamb chops seared outside and pink within, spicy chargrilled chicken skewers and Adana kebab – a long, hand-minced spiced lamb kebab mounted on an iron skewer and grilled. 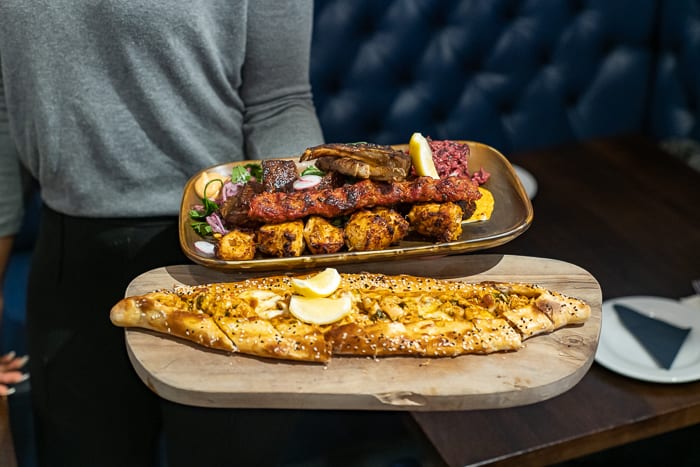 The restaurant has its famous fans, too. The Real Housewives of Cheshire were recently in for a meal, while other celeb guests have included footballers, Corrie stars and musicians, says our server.

We can see why. 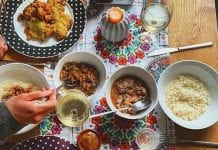