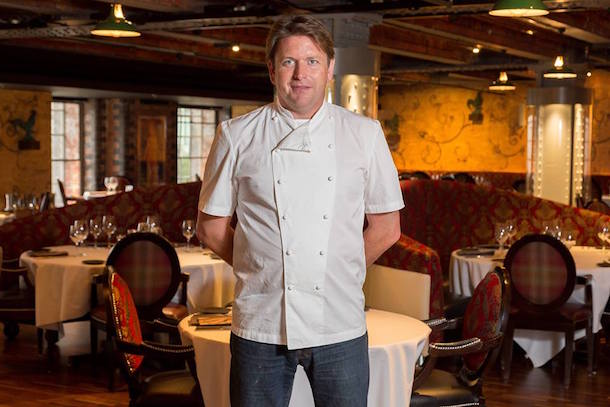 James Martin Manchester has been named one of the Sunday Times Top 100 Restaurants in the UK – quite an achievement given the restaurant has only just celebrated its second birthday.

The restaurant, based at Manchester 235 casino in Deansgate, is one of only six restaurants in the North West and one of two in Manchester city centre to make the list, which is unveiled in full on Sunday. The other is Simon Rogan’s The French.

Celebrity chef James, the driving force behind the successful restaurant team, said, “Being included in the list comes as great news to me and the whole James Martin Manchester team, who have all worked so hard to make the restaurant the success it is. This accolade feels like the icing on the cake after so much hard work over the last two years.

“I would like to thank all the locals and customers that have travelled to experience what we do and who have supported us over the last two years. I would also like to thank Doug the head chef at the restaurant and the whole team for the commitment and talent front and back of house – well done.”

“Being included in the top 100 is an honour because it is a list voted for by the customers which makes it really special.”

James Martin Manchester is also one of the least expensive restaurants on the list, with the typical cost, per person, of a three-course dinner with half a bottle of house wine, coffee, service and VAT coming in at just £55.