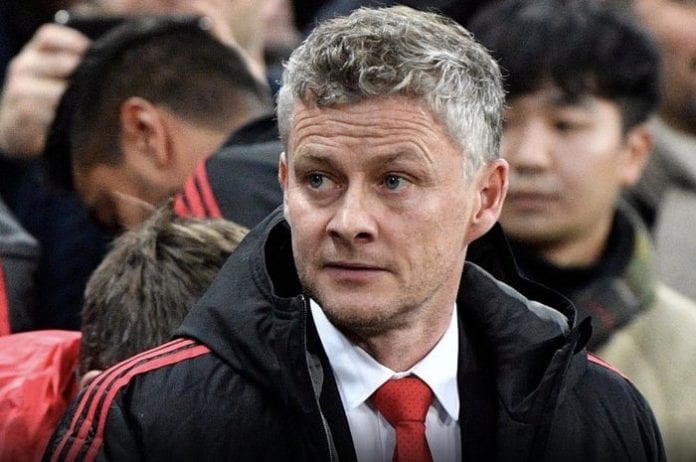 This was the game where everyone expected United to falter under Ole Gunnar Solskjaer.

It had been clear that he’d reinvigorated the squad and brought some happiness back to Old Trafford and Carrington. But United hadn’t really played anyone of real quality.

Coming up against Spurs at Wembley was a huge test. And one that many thought would be a step too far. It turned out to really show that Ole is a lot more than smiles and jokes. He got his tactics spot on.

Playing Jesse Lingard through the middle of the front three stopped Spurs playing out from the back. And when they did, it meant that they had to be so precise with their passing. On one occasion when they weren’t, United punished them in exactly the way they’d no doubt been practising on that warm weather break in Dubai.

United went into the game with a clear attacking game-plan of how to hurt their opponents. And it worked. It’s been a long time since we’ve seen that happen.

Granted without David de Gea’s heroics it could have been a different result, but quality players win you games whether in an attacking or defensive sense. United managed to do that.

We’ve learnt a lot about Solskjaer from his first six games. And for many of us, we’ve seen enough to be very disappointed if he doesn’t get the job on a permanent basis.

Now is the time for the club to show they actually have a strategy for success.

Ed Woodward has had a scattergun approach to his time at the helm of the club – and that’s putting it mildly. He’s jumped from backing Jose Mourinho with a bumper new deal to undermining his transfer targets. He’s flown around the world convinced he can sign the best players on the planet without any real success. He’s refused to sign more experienced centre-halves, yet he’s willing to pay Alexis Sanchez stupid money.

Another flavour of the month for him at the start of the season was the idea of a Director of Football. According to his original timescale, the club should have one by now. This may have been because he read somewhere that top clubs need one nowadays. It could have been just another way to undermine Jose. Or he may actually think it’s the best way to go.
If it’s the latter, he may just get something right.

What Ole has shown in his short stint is that he lives the values of the club. He knows what it means to play for United and he can instil it in his players. He’s also shown that he knows exactly how he wants to play.

It’s no surprise to see the likes of Romelu Lukaku, Juan Mata and Marouane Fellaini getting limited game time as they don’t fit into his need for quick and incisive play. They just slow it down too much.

The players that fit into his system know exactly what they need to do and he’s clearly getting the best out of them.

A Director of Football could ultimately be a perfect fit for this approach. United need someone who is respected in world football, that knows the club and gets the philosophy on the pitch.

They would need to work closely with Ole, understand how he wants the team to play and where he needs cover. It would then be their job – not Woodward’s – to identify the right targets and negotiate the deals to bring them to the club.

Ole can get on with his job of managing and coaching the team knowing that the players coming in will be the best fit for the club and his style of play. If he can get the best out of the current unbalanced squad he should be able to do even more with the right players for his needs.

Since Fergie left, there’s been nothing but mistakes at the club – in the personnel at the top, in the choice of managers and in the transfer market. It really feels like we have the groundwork of something good again. We really can’t afford to make another mistake.