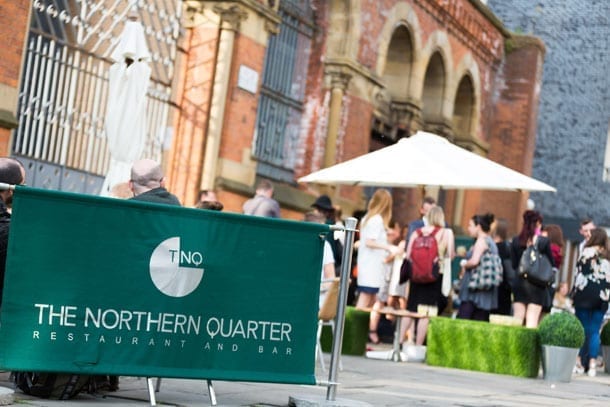 Hasn’t it been so gorgeous! Obviously it’s now going yucky because it’s nearly a Bank Holiday, but if the sun does get its hat on again, pop over to the TNQ Restaurant Terrace.

We went when it was scorchio for the official opening and it’s a great setting, nestling under the historic Smithfield market with plenty of space.

The launch party was in association with Appleton Estate Rum, who gave sun-worshippers lashings of scrummy rum & ginger cocktails and rum sauce, taken from a secret recipe from the sponsor and made by chef Anthony for his jerk chicken and halloumi kebabs. 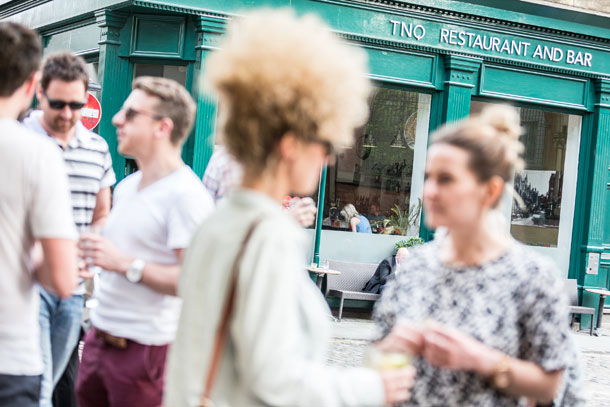 TNQ Restaurant & Bar celebrates its 10th birthday this October, with the terrace party marking the first of many celebratory events in the run up to the anniversary.

Owner of TNQ Restaurant & Bar Jobe Ferguson, said: “We are ten in October and it is important to us that we did something to celebrate a decade of being one of Manchester’s most popular independent restaurants.

“The party is to remind everyone about our terrace, set against the stunning backdrop of the old Smithfield building that looks amazing in the sunshine. From now on, when the sun is out – the terrace is open.”

Head down to TNQ where you can catch some rays and soak up the wonderful atmosphere whilst sipping cocktails on – can’t be bad.