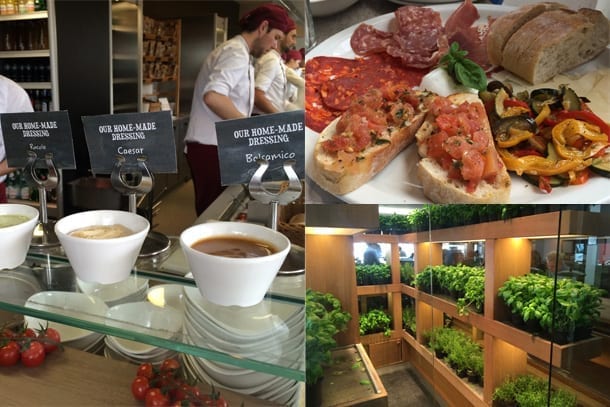 Vapiano is one of the restaurants which will be opening later this year in the redeveloped Corn Exchange. Alex Mays visited all three of its London restaurants for a sneak preview of what to expect.

According to an old Italian proverb ‘Chi va piano, va sano e lontano’ – ‘if you have a relaxed approach to life, yours will be long and healthy.’ That’s the Vapiano philosophy.

The German fast-casual Italian restaurant group, which boasts 152 restaurants across 29 countries, has selected Manchester as the location for its fourth UK site-its first UK restaurant outside London. Big is certainly beautiful for Vapiano. Its restaurants usually have 250 covers or more and with 400 covers and 90 staff, the Manchester restaurant will be the biggest Vapiano restaurant in the UK.

The restaurant will sit over two floors with an indoor terrace in the heart of the iconic Grade II listed Corn Exchange with an outside seating area looking out on to Exchange Square. It will also feature a spectacular 100-year-old olive tree and fresh live herbs on the tables.

The first thing that strikes you when you walk in is that it’s a little bit too cool to be a chain. The hand-written blackboards above the serving counters make you think you’re in some hip independent that’s doing something a little bit different. You’re just overcome by the sheer amount of greenery (in this case basil plants), and some rather sleek, modern furnishings.

Unlike many other chains, which rely on pre-packaged, pre-prepared foods, Vapiano make their own fresh dough and pasta on-site. They use the highest quality ingredients including buffalo mozzarella, meats and cheeses, which are made into pizza, pasta dishes and salads while you wait. All dishes are prepared in front of you and can be customised and refined to suit individual tastes and specific dietary requirements. 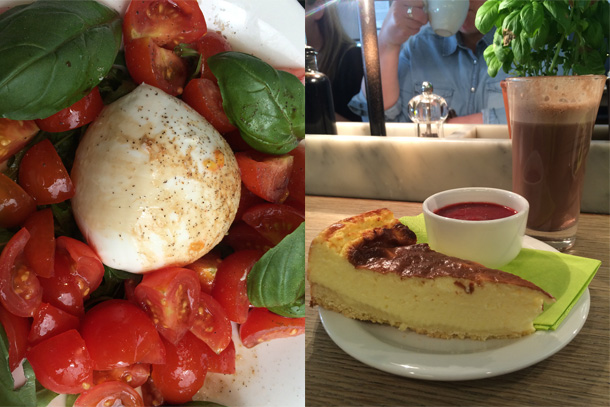 The menu itself is a mix of traditional Italian classics and internationally inspired creations, which makes this type of dining a lot more accessible. With all main courses (pizza, pasta etc.), costing from £6.95 and even the most expensive dishes coming in at under £10, Vapiano could certainly be a regular lunch haunt for students and business people alike. Every two months, seasonal specials are added to showcase what produce is at its best at that particular time of year.

After sampling a wide range of what they had to offer, I can say with confidence that the Strawberry, Spinach Salad (£6.50) with goats cheese, red onion, pine nuts and a maple/raspberry dressing is a dish to watch out for. It may sound a bit mismatched and a little bit weird on paper, but the balance of salty and sweet is delicious. The Baked Lemon and Vanilla Cheesecake with Strawberry Compote (£4), is also to die for, even after copious amounts of food.

Vapiano combines fresh, simple but tasty Italian food with German efficiency. Long gone are the days of chefs hiding in the back or downstairs away from punters. Diners order food directly from chefs at individual stations by ‘tapping’ a smart card on a machine and paying at the front desk when leaving. This means you only pay for what you have ordered and puts an end to the awkwardness and confusion which often occurs when it comes to paying the bill after you’ve eaten with friends.

Managing director Phil Sermon says the restaurant is opening in response to requests from people who have visited Vapiano restaurants in other parts of the world. “This makes it even more exciting to be launching in one of our absolute favourite cities and in such a fantastic, historical development as the Corn Exchange.”