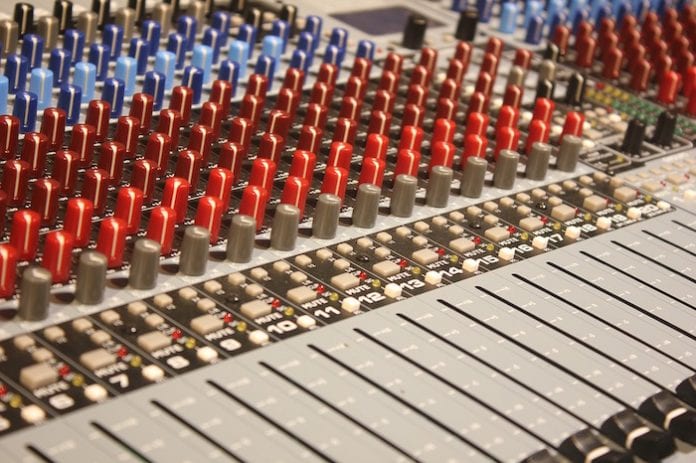 Manchester’s status as one of the music capitals of the world has roots going back at least a hundred and fifty years, to the hedonism, the mills, the music halls and the warehouses of the world’s first industrial city.

However, along the way there have been key individuals and significant events that have been game changers, including two Sex Pistols gigs at the Lesser Free Trade Hall. People who attended included Morrissey, Mark E Smith, and future members of Buzzcocks and Joy Division. Tony Wilson is also rumoured to have been present.

“The Seventies incarnation of the mythical Manchester scene developed from there,” according to Buzzcocks manager Richard Boon

But one event earlier in the 1970s is a little less celebrated than it should be. The decision by local band 10cc to use and fund Strawberry Studios in Stockport. 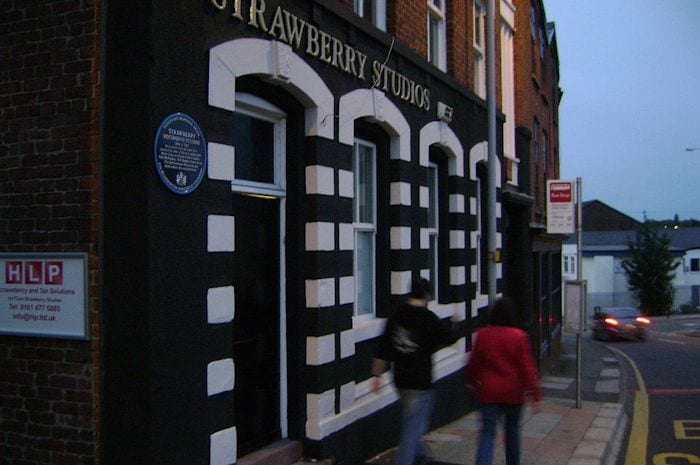 Founded by Peter Tattersall and Eric Stewart, Strawberry Studios began life above the Nield and Hardy record store in Stockport town centre in 1967. A few months later there was a move to Waterloo Road and further investment by Graham Gouldman.

Stewart and Gouldman began working with Lol Creme and Kevin Godley, and the foursome formed 10cc. In the first half of the 1970s, they had huge success with hit singles and big selling albums, all recorded at Strawberry.

Not everything can float your boat and I have to confess I was never much of a fan of 10cc, but their 1975 single I’m Not In Love is an amazing piece of work. Even to a non-fan, it sounds like genius.

The most striking thing about the song is the use of multitracked vocals. Eric Stewart took over the mixing desk and bandmates Gouldman, Godley and Creme sang  “aah” multiple times to build a wall of sound. The process took three weeks. Godley and Creme also learned how to program a brand new Moog synthesiser and used it to create a spectral drum sound.

In April 1979, the facility at the Stockport studio hosted Joy Division and their producer Martin Hannett. Together they created one of the finest debut albums of all time, Unknown Pleasures.  Strawberry’s place in music history was assured.

An exhibition marking the fiftieth anniversary of the founding of Strawberry opens in Stockport on January 27. We’ll learn about the bands who recorded there and other local heroes like A Certain Ratio, The Charlatans, Buzzcocks, James, Simply Red and the Stone Roses. And bands from outside the area who also used Strawberry including the likes of Paul McCartney and the Bay City Rollers.

I remember going to Strawberry to interview Terry Hall in 1984 when his band the Colourfield were recording there. We went to the Waterloo, almost directly over the road. Every recording studio needs a decent pub or two close by – somewhere for bored musicians to escape to, or to be interviewed in.

Strawberry has symbolic significance.  It demonstrated a belief in staying local. Successful bands that weren’t based in London had a tendency to leave their hometown and go to the capital. The Beatles left Liverpool and set up their base and their record label in London.

Other successful rock stars invested in drugs or ridiculousness. Roger Daltrey of the Who bought a Jacobean mansion in East Sussex and installed a peach-coloured carpet in the bedroom and a trout farm in the grounds.

By creating Strawberry in Stockport, 10cc lent strength to the instincts of people like Tony Wilson who saw Factory Records as a vehicle to resist the dominance of London and instead build a creative music scene locally. To do for music what Granada were doing in television.

In the years after 1976, the generation inspired by punk had individual talent, energy, and dreams – all good, of course, but without a growing infrastructure of small venues, local record labels, rehearsal spaces and recording studios those dreams could never have been fulfilled.

Strawberry is pre-eminent but in a future post I will document and celebrate some of the other recording studios that helped feed the fertile post-punk scene including Indigo, Cargo and Out of the Blue.

Joy Division may have recorded their debut album there, as did New Order, but Factory Records weren’t wedded to Strawberry and by the end of the 1980s they often sent bands out of town. New Order went to Ibiza to record Technique, Happy Mondays recorded their album Bummed in Driffield, on the far side of Yorkshire, and half-recorded their Yes Please album in Barbados.

Innovations in digital recording were the downfall of Strawberry and it closed in 1993. Artists like A Guy Called Gerald could make hits without 24-track, gadget-laden, studios.

Then, as now, whatever the pieces of technology, results are dependent on the genius of the people who use them. Whether it’s the attention to detail of 10cc or maybe some slightly more offbeat idea of what constitutes good recording studio practice, Strawberry witnessed them all.

When I say ‘genius’ and ‘offbeat’, I’m thinking Martin Hannett, the man behind the controls when Joy Division were at Strawberry. Joy Division guitarist Bernard Sumner once recalled how Martin Hannett never let a band escape to the Waterloo – or anywhere else:

“His attitude was that you get loads of drugs, lock the door of the studio and stay in there all night and you see what you’ve got the next morning. And you keep doing that until it’s done.”