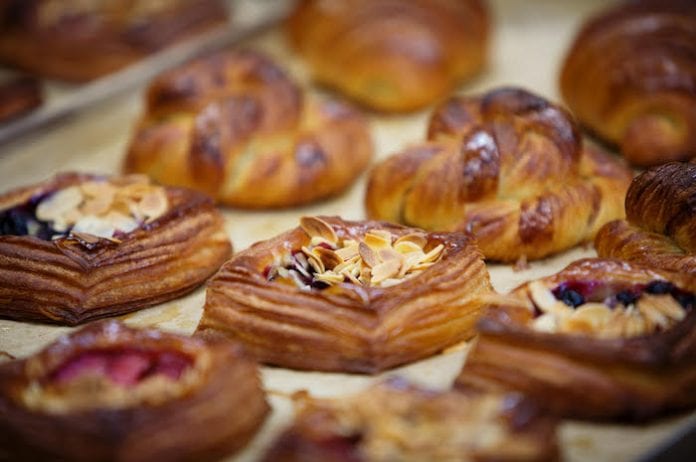 When the founders of independent bakery Pollen decided they needed to move to a bigger, better site in Cotton Field Wharf, New Islington, they soon realised it would cost them a lot more than anticipated.

In order to make their new bakery space a reality, they set up a crowdfunding page to help raise funds. What happened next left them gobsmacked.

It’s safe to say that Pollen soon felt the love that the people of Manchester have for pastry, since they made their £10k target in less than a day and have now reached over £17,000. 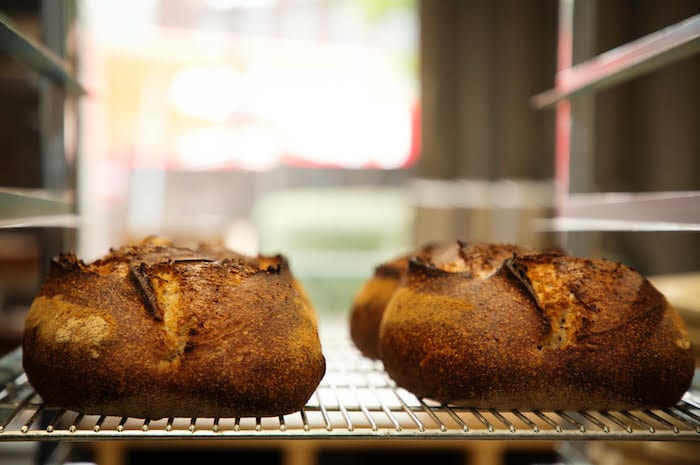 “We were totally overwhelmed by the show of support we received from everyone who pledged,” says Chris Kelly, who runs the bakery together with Hanna Calvert.

“We decided to run the Kickstarter literally the day before we launched it. We didn’t even expect to raise the initial £10k, nevermind get it in less than a day.”

After leaving university with design degrees, both Chris and Hanna went into banking but soon discovered that it wasn’t for them.

“We have both really been into our food and wine, and we started making our own sourdough at home three years ago after struggling to find bread we really loved to eat in Manchester,” says Chris.

“We then decided that we’d had enough of our bank jobs and wanted to put all our energy into creating a business producing something that we could put our heart and soul into.” 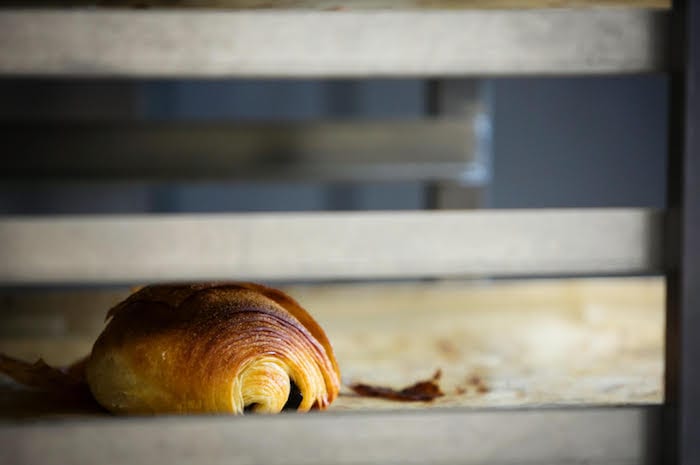 So they opened Pollen Bakery, risking all their savings. At first, they were unsure of how it would be received, being in a strange location off the beaten track.

But Mancunians loved it, and although they’ve only been trading for 18 months from Sheffield Street, their sourdough loaves and artisan cruffins have had people queuing in the rain every Saturday morning.

The additional funds they’ve raised via crowdfunding will go towards a pastry-dedicated oven, which will ensure the pastries will have a crisp outer layer and a soft airy interior.

“Pastry may never be the same again,” they say.

The secret to Pollen’s huge success, Chris believes, is the fact that they are constantly looking for ways to improve themselves.

“We are extremely critical of everything we make,” says Chris. “We only want our customers to receive the best, and we think it’s this attention to detail and quality that our customers come back for.” 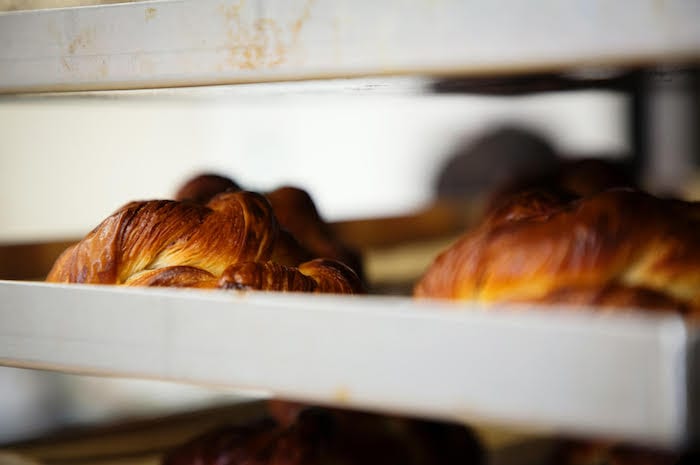 Pollen’s new home will have seating for a small café and a bigger baking space, which will help them to reflect their work core values – quality and community – and a small kitchen, where they will be producing a small, seasonally curated, bread-focused menu.

They will also be serving fresh salads, soups, sandwiches and brunch options and they are looking at expanding their team to fulfil a bigger demand.

“We are in discussions with some fantastic producers and farmers all over the UK to bring the best quality produce we can to our space,” says Chris.

“There might also be some very exciting dinners being planned for Saturday and Sunday evenings featuring some fantastic guest chefs and beautiful wine.”

Those who have contributed will also have the chance to attend pastry workshops which they will be running from May until August.