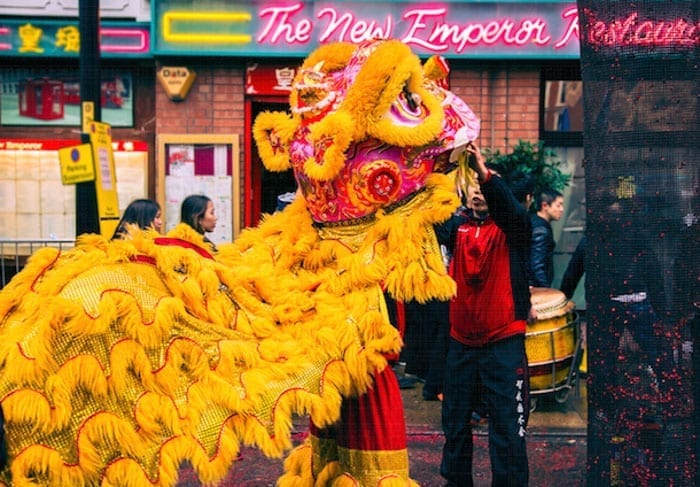 For four days Manchester hosted the largest Chinese New Year celebration yet to welcome in the ‘Year of the Ram’. With thousands of resplendent red lanterns decorating the city’s shopping streets plus street food, music, art, fireworks and the Dragon Parade.

Albert Square came alive with martial arts and dance displays followed by the Dragon’s appearance. Excitable Mancs followed the magnificent Dragon Parade, complete with a 175ft long dragon through the city’s streets to Chinatown where there was a Chinese market, food, a funfair, family workshops and live performances – culminating in a spectacular fireworks finale.

The ram is supposed to be a loving, harmonious and peaceful creature; what a wonderful weekend – here’s to a great year ahead.