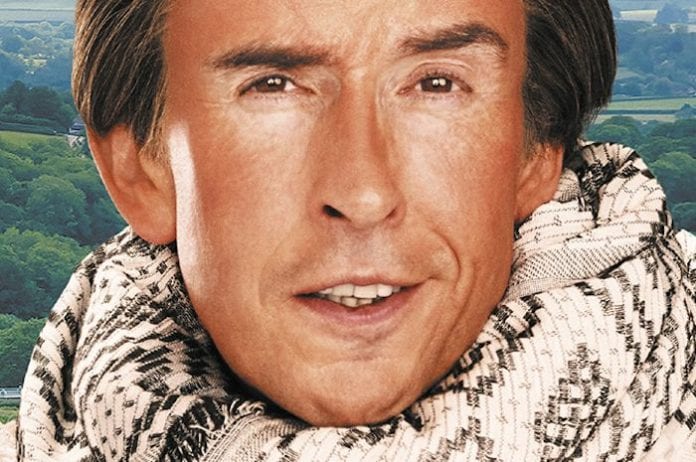 Every man deserves a second chance. A chance to bounce back, if you will. Despite being severely fed up during his Toblerone addiction phase and being spotted eating beans out of a cup with a sausage, Alan Partridge is still a man who enjoys the finer things in life. I mean take a look at big foodie Jay Rayner gorging on a Burger King. At least Alan never sank that low. We’re here if you need to chat, Jay.

So in the light of the announcement of the publication of Partridge’s new book, Nomad, we wondered what North Norfolk’s favourite DJ might say about some of Manchester’s eating and drinking establishments.

“Got a chocolate marble arch. Very well rendered. Should have got them to do the house. Better than these bastards. Still at least they’re cash in hand.”

Quite a compliment for the newly opened dessert-only cafe.

“Bacon – ten on ten. Button mushrooms – bingo. Black pudding – snap. Minor criticism – more distance between the eggs and the beans. I may want to mix them but I want that to be my decision. Use a sausage as a breakwater. But I’m nitpicking. On the whole a very good effort. Seven on ten. Let’s make love.”

Look at the back of Alan’s business card. Not  ‘after dinner speaker’ but ‘rule breaker.’ The sort of critic who can give 7/10 and still proposition the waitress.

Referring to the clan of Mac users we assume.

Praise indeed. Sadly no Blue Nun to accompany the meal.

That’s essentially what bacon is. Nice one Al.

“If you like canapés that are on the turn, we’ve hit the motherload.”

“Don’t like cabbages at all. Come on. Let’s get through this lot. They’re all rubbish, so take your pick.”

“Do you like Mini Kievs?” “I love them but my wife’s vegetarian,” “Doesn’t matter. She can have fish,” “No she won’t eat that either,” “Oh forget it! You people.”

Frustrating meal for Al. Luckily his tireless PA Lynn (50) was there to cool him down with a hand fan.

“We had mince and onions. It doesn’t get much better than that.”

Absa-bloody-exactly, Partridge nails Manchester’s restaurant scene in one. But for man who enjoys eating out at least four times a week, how do you stay so fit Alan?

“A diet rich in Tracker bars and Olivio means that I’m able to lead the kind of physically active life that is simply out of reach for many men of my age like Eamonn Holmes”.