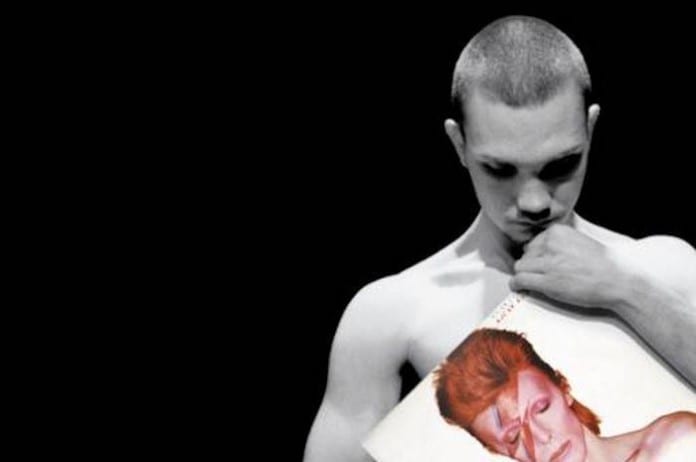 Tomorrow is the second anniversary of the death of David Bowie.

Films he starred in include the classic Labyrinth and The Man Who Fell to Earth, whilst he also turned his hand to painting, art collecting and was a multi-instrumentalist.

He was one of the most influential pop artists ever. Now an acclaimed play celebrating Bowie is coming to The Lowry for one night only next week, fresh from the Edinburgh Fringe, a UK tour and London run.

From Ibiza to the Norfolk Broads follows the journey of Martin, a young man living in a small Northamptonshire village who struggles with mental health issues.

When he receives an unexpected gift on his 18th birthday, he goes to London where he is propelled into a surreal and thrilling journey journey like no other. He gets up on to the stage where Ziggy Stardust was born, finds himself in Bowie’s bedroom and is led on a treasure trail to discover the truth about himself and his family. What follows will change his life forever.

This is theatre with a real road movie feel to it, evoking the London of Bowie and  incorporating a stunning soundtrack, with nods to Bowie’s influences and heroes.

The play features Alex Walton (the lead actor in Suede’s Bowie homage Night Thoughts)  and the voice of comedian Rob Newman as Bowie.

“When we started thinking about the show originally in 2015 our ambitions were to maybe do a little run in a London fringe theatre, 50 seats or so,” says writer and director Adrian Berry

“Now over 100 performances later, to be playing such beautiful and big houses at some of the most prestigious venues in the country is more than we ever dreamt of.

“The response has been unexpected but hugely welcome. It’s still very recently that David passed away, so we hope we are serving his legacy in the best possible way.”

As for the play, it’s going to be 80 minutes of a Moonage Daydream for me.