Are you hungry Manchester? MCR Food & Drink Festival 2017 promises to be bigger and better than ever 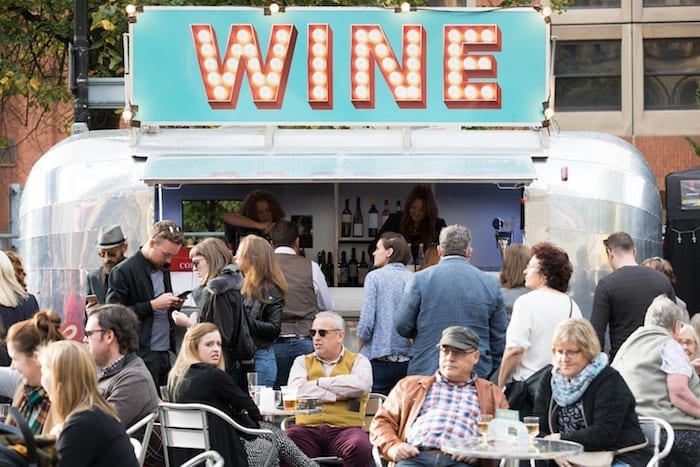 And they’re off! Organisers of the 2017 Manchester Food and Drink Festival have launched their 20th anniversary programme promising the best ever series of events over eight action-packed days starting on September 28th.

More than 100 events will be happening across the city and surrounding neighbourhoods, with food heroes and culinary celebrities from all over the country descending on Manchester. The city is well and truly geared up to the UK’s top foodie destination this autumn.

But for the runners and riders vying for the north west’s most coveted and prestigious food and drink awards, the race is on now. Voting for Manchester’s crème de la crème across a record 20 categories – including this year Best Vegetarian, Best Brewery and Best Sustainability awards – is already under way.

Competition has never been so strong with six contenders shortlisted in each of the categories – making a total of 120 individuals and business, large and small, in the mix.

Anyone is entitled to vote by simply registering via the festival’s website and entering their preferences in the special voting section. The website also carried full details of the programme of events and a feast of special offers available for the duration of the festival. 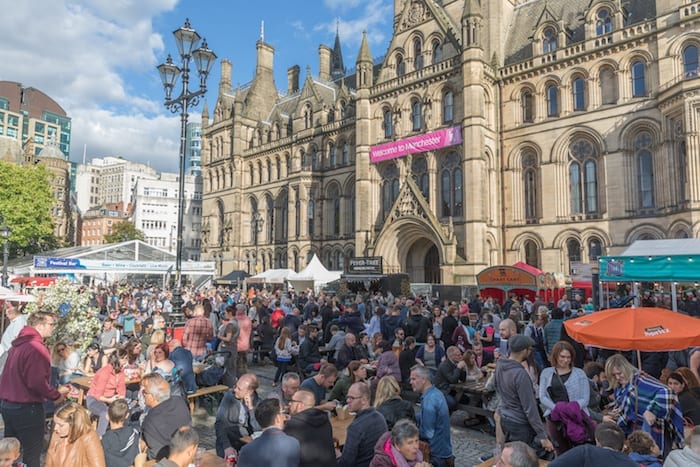 The breadth of the awards categories reflects the incredible diversity of Manchester’s burgeoning food and drink scene and how important the sector is to the local economy.  Manchester’s microbrewery scene is said to have become an international tourist attraction in its own right.

Voting closes at 9am on 27th September, the day before the festival’s opening event, a champagne and oyster tasting with Randall & Aubin at the bigger-than-ever Festival Hub in Albert Square.

The following day, Ed Baines, chef-founder of Randall & Aubin, the legendary Soho brasserie which opened on Manchester’s Bridge Street earlier this year, who is best known for his role as a judge on ITV’s hugely successful Britain’s Best Dish, will be hosting a cookery demonstration and question and answer session at the Hub.

The awards winners will be announced at the festival’s Gala Dinner at the Principal Manchester Hotel on October 9th.

To mark the 20th anniversary, a special accolade – the Howard and Ruth Award for Outstanding Achievement, sponsored by the Principal Manchester – will recognise someone who has made an outstanding contribution to the hospitality industry in Greater Manchester over the last 20 festivals.

During the lunch, Ed waxed lyrical about Manchester’s food and drink scene, revealing that he and his co-founder Jamie Poulton, after an international search, felt the city was “without doubt, the perfect place for their new home.”

Phil Jones, MFDF founding director, said: “What a difference two decades make. In 1998 the city’s culinary scene was a very different beast and we’d like to think we’ve played a significant part in its transformation into the vibrant, thrilling place to eat and drink it has become.

“Credit must go to all those chefs, restaurateurs and serial local bar creators whose ongoing heritage we are celebrating in this, our 20th Anniversary Festival.

“We hope Manchester is hungry! This is without doubt our biggest and best festival yet – there is something fantastic happening every day throughout this festival. Events are selling out fast so I advise foodies to pick up a brochure or get on the festival website and grab themselves a place at whatever takes their fancy as soon as possible.”