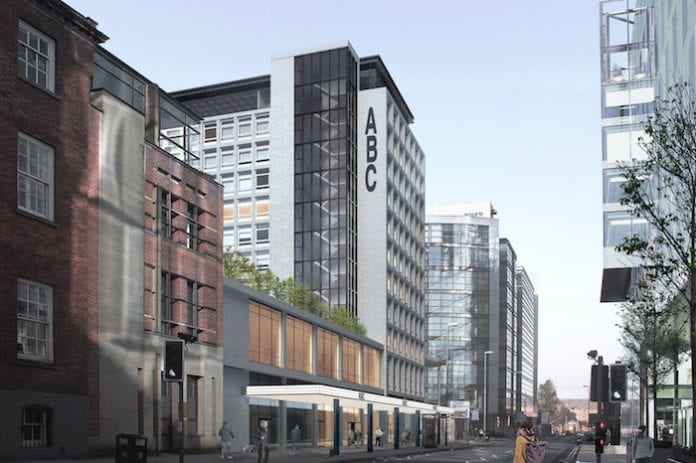 They have also unveiled plans for a new project – ABC – aimed at film, television, media and tech companies seeking a presence in the heart of the city.

The landmark former Astley and Byrom House buildings in Quay Street are to be re-adapted, refurbished and rebranded as ABC. The 1960s’ buildings, empty for nearly ten years, had been earmarked for demolition by the former owners, and replaced with a single large office building. 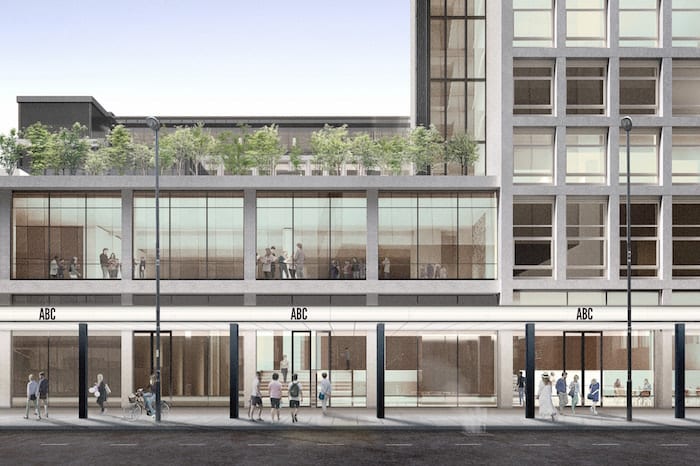 But Allied London say the ABC buildings have many fine features from an era of innovation and originality, many of which remain as relevant today as they were over 50 years ago. They will be readapted in collaboration with architects Levitt Bernstein to enhance their period features and, when complete, be fully incorporated into the St. John’s development off Quay Street, as an early phase of Enterprise City.

Mr Ingall said: “Diversity is at the heart of our Enterprise City brand and it’s driving a tech, media and creative agenda at St John’s that includes a wide range of commercial uses, especially those around TV and film making. The ABC buildings, once restored to their 60’s ethos and enhanced with an advanced tech infrastructure, will make powerful additions to our Enterprise City vision”.

Allied London have already started construction and will launch the ABC buildings complex in late summer, with key anchor tenants taking workspace at that time.

Paul Graddon, director of architectural and design practice Child Graddon Lewis (CGL), who would collaborate on the scheme, said: ““Imagine waking up in the morning and looking out over stunning views of Manchester from your Trinity Islands apartment, going down to the gym, picking up your coffee, then walking along the river bank into one of the most exciting and well-connected workspaces in the City.

“The addition of Enterprise City Campus to what is already one of the most forward-thinking regeneration schemes in the UK, creates another brilliant opportunity for Manchester and its residents. CGL is thrilled to be a part of it and this is made even more significant due to its location just next door to Trinity Islands.”

Allied London’s Trinity Islands development, designed by CGL, is due to be the tallest residential scheme in north west England, providing 1,400 homes within five elegant towers, the tallest of which will be 67 storeys high – 20 more than the Beetham Tower. Construction is due to start this year.

All Studios took over the management of the old Granada complex last year. Since then the company has seen a significant demand and experienced success in attracting the likes of Peaky Blinders, Snatch and Wanderlust to its city centre facilities at St. John’s. All Studios will continue to develop its studio and TV/Film offering at ABC and across Enterprise City as it develops.

Manchester already boasts a workforce of over 50,000 in digital industries.