How two young entrepreneurs are giving Manchester creatives a voice 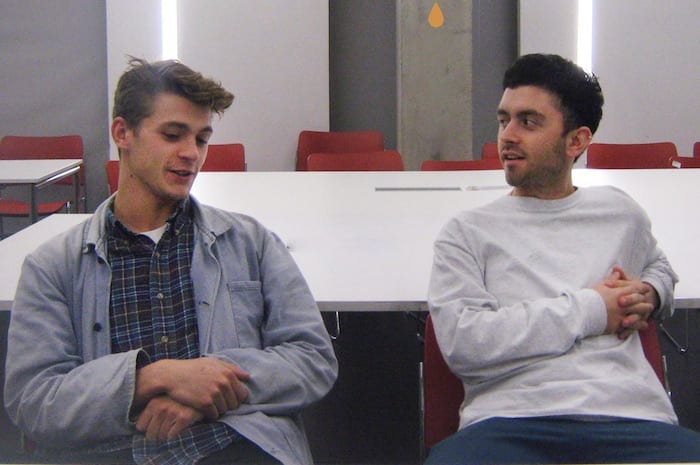 Steve Coogan. Albert Finney. Danny Boyle. Oasis. The Smiths. Just some of the names on the long list of creatives from Manchester who have gone on to perform on the world stage.

No matter how you look at it, Manchester has a long history of producing talent. But does being creative come at a cost? The sad truth is that for every rising star, there are many more talented individuals who fail to make the cut. One reason for this, it could be argued, is that there isn’t really a platform to help this raw talent flourish. Fortunately, this is Manchester and there’s always hope on the horizon.

Instead of moaning about the lack of options, entrepreneurs Louis Haynes and Jake Macleod put their heads together and came up with an idea – why not give them a voice?

And so The Cluny was born, a free-to-use website aimed at promoting undiscovered Manchester-based artists. Focusing initially on art and music,  the website has branched out to include more areas, including film, photography, graphics & illustration, music, mixtapes, radio and writing.

When they’re not scouring the internet for work, Jake and Louis spend much of their time visiting galleries and print fairs as well as going to short film screenings, poetry events, club nights, and live gigs in search of new contributors.  But they realise that’s not enough so The Cluny encourages talented Mancunians to come forward and share their creative talents in whatever form they may take.

The site has an appeal that could practically work for anyone.  What it different is that it encourages the viewer’s curiosity to lead them easily from one facet of the site to another.

“It is designed to be an immersive experience for the viewer,” says Louis. “One can listen to various audio aspects of the site whilst simultaneously looking at the visual art on display. We deliberately chose to upload material in issues so the content is digestible for the viewer.”

With over 10,000 unique page hits in its first six months, The Cluny is clearly making an impact. Manchester-based producer and lyricist, Samuel Lindblad, who appears under the stage name ISIAN, is just one of many artists featured on The Cluny. His track Wicked Things has been played several thousand times, with a second and third volume already being announced as a result.

With so many views already, it’s clear to see that people really are enjoying the idea of having a stream of unique and interesting art.

Not wishing to rest on their initial success, Louis and Jake are already making plans for the future with a collaboration being lined up with Limbo Radio, an online radio station based in Manchester, broadcasting high quality underground music.

“We plan on hosting an underground event to celebrate the art Cluny and Limbo have to offer. It will be around late January and will feature music and sets from the contributors of both platforms. Alongside that we plan on printing and selling the work of our artists.

“We also hope only to carry on publishing the work of artists that could so easily get overlooked in the deep blue nothing of the internet.”

By now you’re probably wondering what gives with the name, right?

“The story behind it is somewhat obscure and pretty bizarre, but we see it as relatable to the general idea behind the website,” says Louis.

“Cluny the Scourge is the name of a character in a fairly unknown children’s book series. He is the villain in the books, an evil rat with a poison-bladed tail hell bent on obtaining power over this little civilization of woodland animals that live in a monastery called Redwall Abbey. His only desire is to steal and keep for himself this amazing tapestry that the brave animals have been protecting for thousands of years.

“In a weird way, we are like Cluny, desperately seeking out the best art for ourselves. Only, unlike him, we plan on sharing it with the masses.”

If you’ve got a passion for the creative arts and are tired of not getting your voice heard, check out what The Cluny has to offer. Visit clunymcr.com for more information.