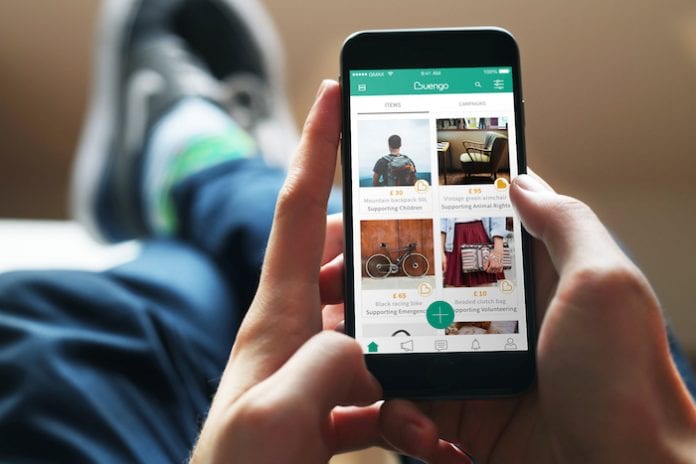 We’re all guilty of buying and hoarding stuff that we don’t need and never use. Part of the problem is that it’s easier to hold on to clutter than get rid of it. Until now, that is.

Fela Hughes and Alex Hancock were sure they could do something better with all the stuff they were harbouring in their homes so they got to work on creating a game-changing fundraising app.

A great example of smart tech that’s been created for the sole purpose of doing good, Buengo makes it super easy to sell on things you don’t need anymore and gives you the extra mood boost of being able to donate the proceeds to a good cause of your choice.

Buengo launches in Manchester on May 21st with a week-long #SellitforMCR campaign.

The aim of the campaign is to encourage people to declutter their homes by listing their unwanted belongings and raising as much money as possible for local good causes.

“We are really excited to be one of the first charities to fundraise with Buengo,” said Kirsten Mitchell, founder of Spoons Charity, the only charity in Greater Manchester offering support to families experiencing neonatal intensive care. “It’s a fantastic concept and we’re looking forward to working with the team there.”

As part of the launch, Buengo are running a competition to win £250 to donate to a local cause of your choice