Manchester has a proud history of boxing talent. Fighters like Ricky Hatton, Anthony Crolla, Tyson Fury and Jamie Moore have all won domestic and world titles on the biggest stage.

The importance of grass roots boxing is something which cannot be overlooked when shaping the lives of local youths, especially in places like Moss Side.

The area was once nicknamed Gunchester because of the volume of violent crime and gangland mentality. Gangs trap kids from an early age and can make them feel they have no alternative, with disastrous consequences for themselves and others in the community. 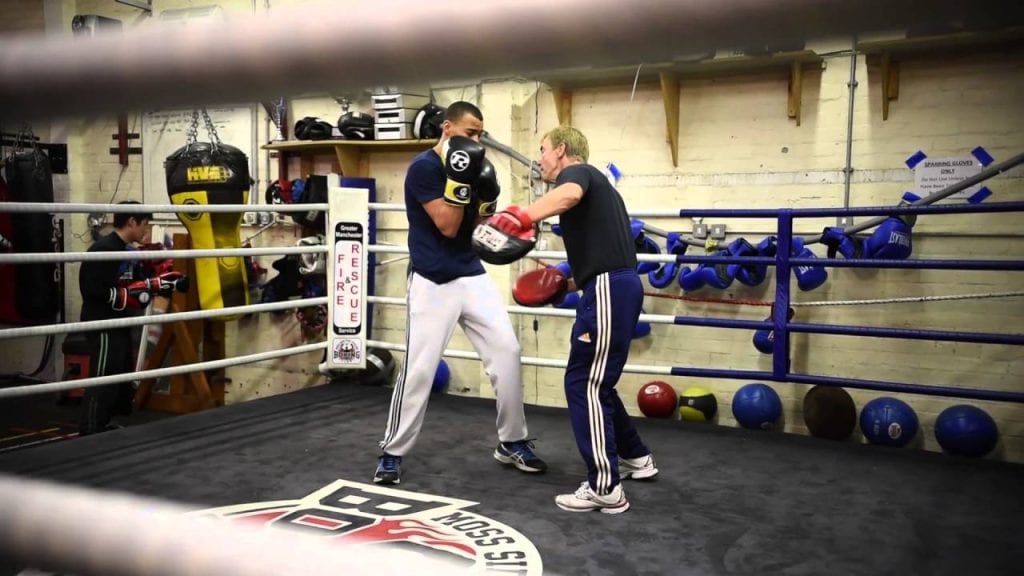 Nigel Travis, a former boxer who has spent over a decade serving the Moss Side community as a fire fighter, recognised the need to help the youth in the area. Ten years ago, Moss Side Fire Station was granted permission to turn an unused storage area in its grounds into a gym to provide a safe place for kids to come and work out.

Thats how Moss Side Fire Station Boxing Club was born.

There has always been a stigma around the sport of boxing, with many calling it brutal and feeling young people should not be subjected to violence.  I’d propose that the people claiming this have never set foot in a boxing gym and seen the strict discipline and dedication that the sport instils.

Thousands of young people have walked through the doors since it opened. One example is seventeen-year-old Conner Tudsbury, who started boxing at a young age after his mother took him to a gym to give him something to focus his high level of energy on.

“When I was eight I was a very hyperactive child and my mum thought the best thing for me was to find a sport where I could channel my energy,” says Conner. “I tried a few different sports like karate, kick boxing and taekwondo, but boxing felt natural to me”.

Conner represented England at the Sven Lange Cup in December last year and came home with gold, whilst also being named best youth boxer of the tournament.  Earlier this year, he won the 75kg weight category title at the National Youth Championships and was voted boxer of the month by England Boxing.

Channelling energy is certainly one positive of pulling on the gloves and working out in a gym. But boxing instills a high level of discipline and focus, too.  This has not only led to success in the ring, but has played a big part in his success out of it.

“Moss Side is mostly an area with council estates, meaning that a lot of people are either on benefits or low incomes,” says Conner. “This makes it hard for young people to be motivated and successful and see the best path.

“My biggest achievement outside of the ring was passing my GCSE’s. Growing up I struggled with my confidence because I had learning difficulties and was bullied because of this. Through the boxing I regained my confidence and self-esteem which has allowed me to achieve the success I have today”.

It’s not only kids like Conner that Nigel works with. He is great friends with Salford boxer- turned-trainer Jamie Moore and often works with him, training professional fighters like Carl Frampton for upcoming fights.

“The amateurs I work with idolise the likes of Carl Frampton, Rocky Field and Martin Murray,” says Nigel, “but when they all come in our gym and they meet them and find they are just normal boxers, their aspirations are raised and they believe that they can emulate the pros’ journeys. It instils a belief they can become like their heroes”.

Nigel told BoxingScene recently he wants to expand the gym. “There are two things that I need: space and time—and both of them have their limits.  If we can get a bit more of both we can grow this and make it a space where kids can get an education.”

Conner Tudsbury is without a doubt a huge success story for the Moss Side Fire Station Boxing Club, but there are others. Making the gym bigger would mean there’s a chance to change the lives of many more.

“Moss Side Fire Station so far is my greatest achievement in boxing,” says Nigel. “Working with my father Kelvyn in the gym on a daily basis and changing the lives of so many people for the better is a humbling thing to be a part of. I believe I have just scratched the surface of success. The bigger our facility the more kids’ lives can be affected and the more accomplished I will feel”.

Grass roots boxing is a vital part in helping many communities realise there is another way. People like Nigel Travis, and all of the people who volunteer their time at the gym to help teach so many kids a different way, can take great delight in seeing kids like Conner grow up into amazing adults working towards a better future.