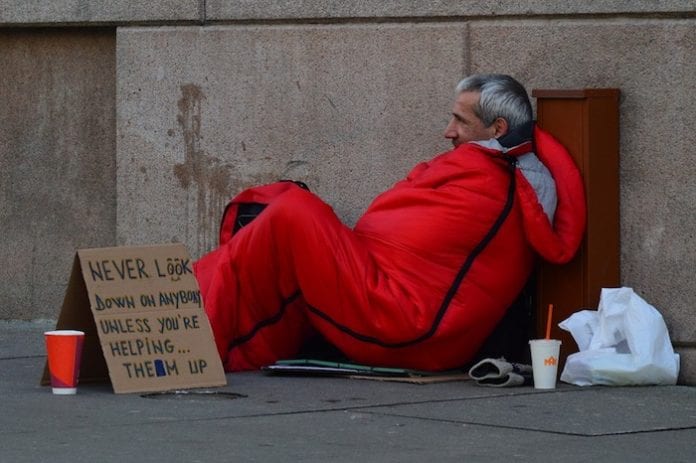 Rough sleeping in Manchester has increased by 900 per cent since 2010. Now a local organisation has launched a month-long social media campaign in an effort to raise awareness about the issue.

Street Support, a central digital hub which unites 45 charities and voluntary groups that support people who are homeless, is asking the public to take a picture of their #FeetOnTheStreet.

“If we all take a couple of seconds out of our day just to tweet a picture, we can generate mass exposure for an issue that’s currently rife in Manchester,” says Street Support co-founder Gary Dunstan.

“With everybody’s help we can raise awareness of what we do at Street Support, and get more people giving help and donating what’s needed to will help to change the lives of those experiencing homelessness.”

According to Homeless Link, a national charity for organisations working directly with people who become homeless, by getting involved in the #FeetOnTheStreet campaign you could help provide crucial awareness and information on this issue.

Street Support build online tools that make it easier for people experiencing homelessness to get the help they need and for the network of charities to collaborate, co-ordinate and provide better support. Many small, co-ordinated actions add up to a big difference to homeless people in the city.

The website is a central online network for homelessness, informing and connecting all those who want to find help or give help.

Visit www.streetsupport.net or download the new app to find out how to give help to those experiencing homelessness, and to use the power of social media to inform people that such resources exist.