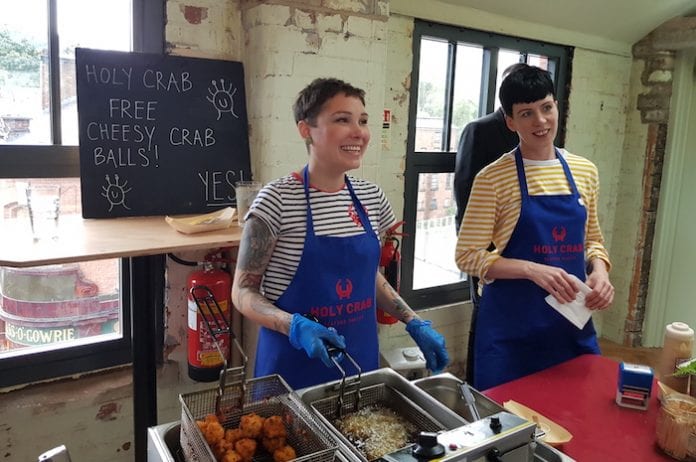 Well known across the city for their pop-up appearances at GRUB, Runaway Brewery’s supper clubs, IMBC and the YES launch – to mention just a few – fans of their signature fresh seafood snacks will be pleased to hear that Holy Crab will soon have a permanent home in the city centre.

Leased until 2021, the stall is one of three new additions released for casual dining traders and will open officially in March. 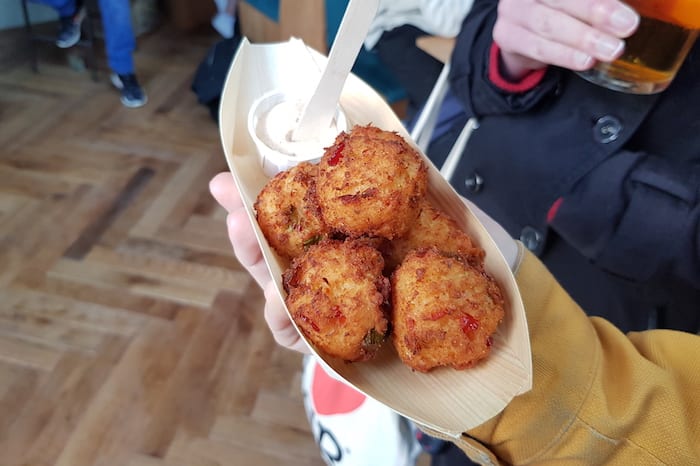 The menu for the Arndale site will put a large focus on their favourite fresh Colchester oysters, as well as featuring crab-stuffed brioche buns (available with added chipotle sauce) and pescatarian rice bowls.

Foodie fans will also be able to enjoy their famous crab balls – sweet crab meat, chilli and cheese that’s then breadcrumbed and deep-fried to perfection, before being served up with their signature brown crab mayo.

All fish is sourced from Dave at Out of the Blue in Chorlton, with co-owners Hannah and Lou constantly checking his Twitter feed to see what’s fresh in.

After three years spent serving up fishy treats across Manchester (and further afield), we’re excited to see them move into a permanent home.