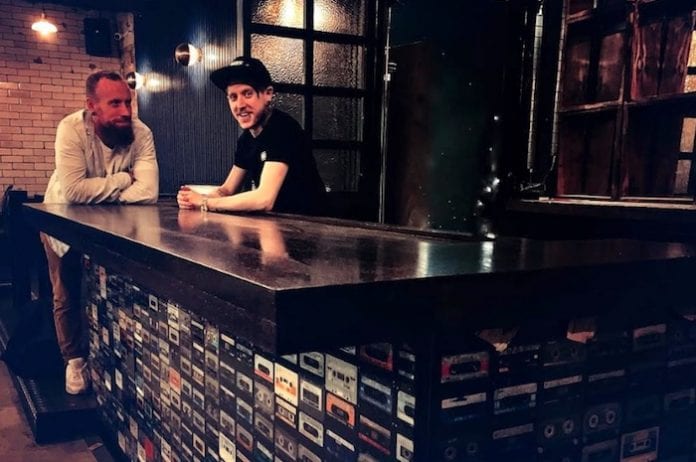 Given the ever increasing number of bars in Manchester, it can be tough to introduce something entirely unique to the city.

The duo behind Double Down believe they’ve managed it with the perfect marriage of quality drinks and a casual hip-hop vibe.

Located on Stevenson Square, the brand new basement bar is the brainchild of Nathan Larkin and Gavin Wrigley, long-time friends and both experts in the bartending business. They’ve already enjoyed success at the New York style cocktail bar Speak in Code on Jackson’s Row.

Nathan founded the venture last year, and Gavin jumped on board a few months later. They were looking to branch out with a second venue and earlier this year got the call to say the space previously occupied by Corner Cocktail Club was available.

“We were originally thinking about making a second Speak In Code, but because it’s the Northern Quarter, and not next to Spinningfields, we thought ‘let’s go even more into that casual feel but still with the high-end cocktails,’” says Gavin, who has 20 years’ experience working in the industry across the globe, including New York and Barcelona. 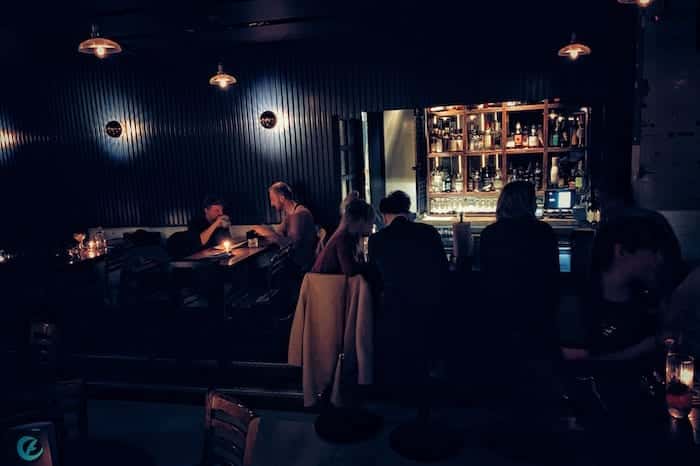 “I love a cocktail, it’s my absolute passion, but I don’t always want to be in a fancy cocktail bar where you have to dress up and sit where you’re told to and listen to jazz music all the time. So we thought why can’t we mix the vibe we want with great cocktails.”

Speak in Code isn’t overly formal, but the backdrop is jazz hip-hop, and there’s a more theatrical element to the 22-strong cocktail menu, compared to Double Down, “which is nineties hip-hop, a bit dirtier, louder, more base,” says Gavin. “We just want people to feel free to chill and hangout and talk at what volume they want and still get amazing cocktails.”

The décor is a combination of “white subway tiles, a big art wall, soft lighting and some bench tables so a touch more casual [than Speak in Code],” he adds.

“It’s just about creating a blend between super high class cocktail bar and chilled eating establishment. It feels casual but the flavours are out of this world.”

Gavin and Nathan met through the European Bartending School, where Gavin has been head of education for seven years (“It’s my job to know stuff about the industry and be aware of the newest trends, which is awesome”) and Nathan used to teach advance courses. 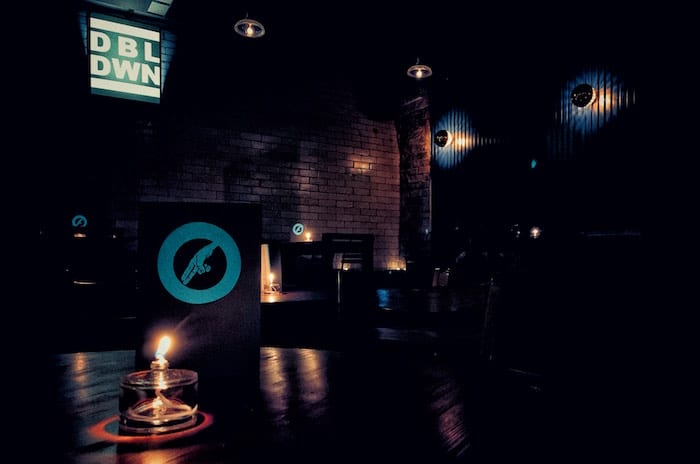 “It really kicked my journey into experimentation because it was about making your own home made syrups and cordials and ferments and anything weird and wonderful you could do with liquid and herbs and fruits,” says Nathan, whose 10 years’ experience in bartending includes a long stint at the Hard Rock Café group.

There’s a huge amount of preparation that goes into the drinks at both venues with almost 100 items needed to prep the Speak in Code menu.

“The list is shorter for Double Down but it’s equally as impressive,” notes Nathan.

“We’re entirely plant-based, the wines, beer, spirits, cocktails, so rather than just buying honey, we make our own honey from dandelion flowers, which came from me picking dandelion flowers on my to work one morning. It forces you to think outside the box and maybe think of an alternative way to reach a goal.

“We’re serving banging hotdogs that are all plant-based but you wouldn’t know it,” says Gavin. “The ingredients are super fresh and cooked in spiced blends we make ourselves. You can also drink a root beer, like you would at an American football game, but it’s totally ramped up.”

“There are certain things trending in the bartender world right now, which are minimalist, three ingredient cocktails, zero garnishes, and as little waste as possible, which is at the core of what we do, but there’s nothing wrong with a good crowd pleasing cocktail, so we’re making our own root beer floats with experimental ice-cream that goes on the top and rum cocktails with our own ginger beer, alongside classic cocktails.”

There’s plenty of competition in the Northern Quarter and Ancoats right now, but neither Gavin nor Nathan are perturbed by the prospect of potential rivalry. In fact, they welcome it.

“There are new openings in the coming months which you know are going to do great things, plus the city’s got a Michelin star now . We’re right next door to that, so if it brings more people to the area then that’s great. It’s an amazing time for Manchester,” says Nathan.

“We don’t think too much about competition,” adds Gavin. “We just try and do our absolute best and celebrate all the people around us who are doing great things. If we’re all doing great stuff, it just raises the game.”