The proposed St Michael’s development has provoked more debate than any property development I can remember. Arguments flow from both sides. In the red corner, development and jobs. In the blue corner, heritage and nostalgia.

But this is to oversimplify the development and its impact and risk dismissing some of the arguments against the project.

There are some who say that nostalgia shouldn’t get in the way of job creation. But if that argument had merit, some of the greatest treasures this nation has would have long been demolished. But this country is built on its rich history and heritage. If some who have come before us have chosen not to preserve buildings, that is not an excuse for us to continue in the same vein.

The word ‘nostalgia’ is a misnomer. Preserving architecture is a celebration of the achievements of our ancestors and something to be lauded, particularly in the city that was the birthplace of the Industrial Revolution.

The town hall, for example, is regarded as one of the finest examples of gothic revival architecture in the world in an area of stunning architecture that deserves preserving. Built in the glory days of the cotton industry, it is a testament to the global ambitions and pride of the city which can be enjoyed in the manner that Alfred Waterhouse intended, thanks to the opening up of Albert Square.

Cities like Paris have allowed modern development,  but away from the rich history of their older cities. This has served to preserve its history whilst allowing development.

London has worked hard to protect its iconic skyline around such treasures as St. Paul’s so as not to surround them with overbearing towers.

Let’s be honest about our beloved city. There are parts of the city centre that are run down or derelict that could accomodate developments such as this – but at a safe distance from what is meant to be the heart of the city.

This is not all about our town hall. There are strong arguments for the preservation of the Sir Ralph Abercromby but I feel it is the demolition of the former Bootle Street Police Station that is the biggest travesty in this scheme.

For years there have been campaigns to save and preserve London Road Fire Station and rightly so. I feel Bootle Street should be worthy of the same protection. I am no expert but having travelled around this country I have never seen such an interesting building as this that could be redeveloped into other uses.

A fantastic new tourist attraction could be developed like Nottingham and its Galleries of Justice. If Oxford Prison can be transformed into a stunning Malmaison Hotel, surely elements of Bootle Street could also be developed to create a scheme that could generate cash and jobs.

I am not against this development because of its location. Manchester has a proud history that it is our duty  – our obligation – to protect for generations to come whilst also developing our city so it can be a world class player.

Surely they can go hand in hand for the greater good of our city? 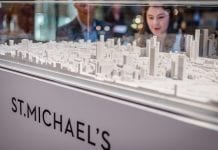 Final chance to have your say on development that could change Manchester skylin... 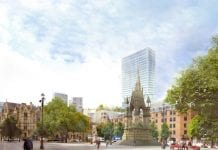 Have your say on Gary Neville’s St Michael’s development 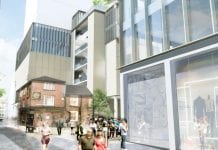