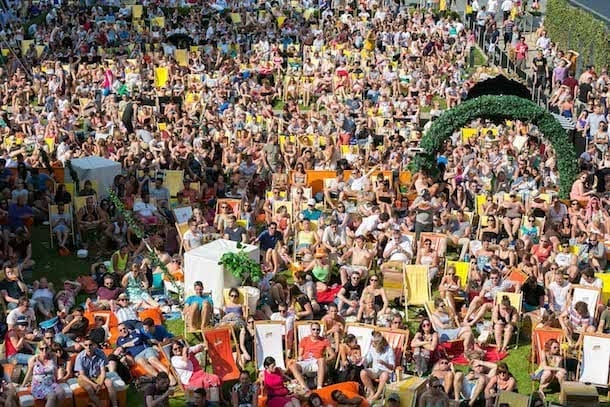 BRITAIN is set to sizzle in a two-week heatwave with temperatures hotter than parts of the Mediterranean, forecasters said last night.

The mercury could even climb as high as 86F (30C) in some areas and swathes of the UK are likely to bask in the high 20s.

This compares to just 21C forecast for Barcelona and the South of France where it will hit 25C in Nice.

Experts say the hot weather will arrive at the end of this week and last for a fortnight.

The South is once again expected to get the best of the warmth and sunshine, but temperatures will also be pleasant in the North.

We’ve had some bi-polar weather in Manchester (no change there then) however, things are looking up for sun-seekers from the end of this week as the balmy summer weather continues through July, according to long-range forecasters.

The Met Office said “more settled” conditions are expected for up to two weeks, with it “feeling more like summer” with temperatures often above average and at times “very warm”.

The Weather Channel has forecast 30C in some parts.

Jonathan Powell, of Vantage Weather Services, said: “This week will have a tropical feel to it with humid heat triggering thunderstorms.

Temperatures could reach 81F (27C) by the end of the week.

“Overall, it looks like we are actually getting a decent summer.”

He added: “Later in July we will have a sustained run of decent, dry weather.” Meanwhile, the weekend rain “curse” struck again yesterday.

Swathes of the country saw heavy showers, with forecasters blaming Britain’s summer “curse” of wet weather at weekends and hot days in the working week.