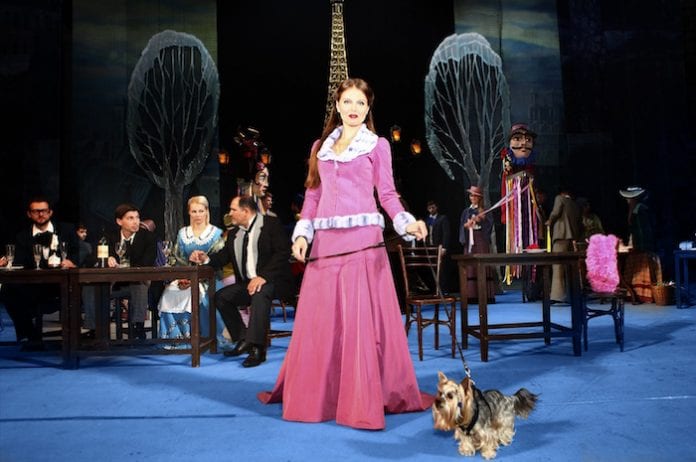 Does your dog have star quality? Has it got what it takes to become the canine equivalent of Alfie Boe or Katherine Jenkins? If so, the producers of one of the most romantic operas ever written would like to hear from you.

They are bringing Puccini’s La Boheme to the Palace Theatre on Wednesday 3rd May and are looking for a dog to take to the stage alongside international sopranos Alyona Kistenyova and Olga Perrier.

Your dog will play the part of Musetta’s pet. It’s not a starring role and your dog won’t be required to sing, but it must be small and well-behaved. As its owner, you will need to be prepared to go onstage in costume to look after it.

Considered Puccini’s masterpiece, La Boheme is based on Henri Murger’s novel Scenes de la Vie de Boheme. Set in Paris, it focuses on the love between seamstress Mimi and poet Rodolfo and features many famous arias including Your Tiny Hand is Frozen, They Call Me Mimi and Musetta’s Waltz.

Award-winning opera director and producer Ellen Kent said: “People say never work with children or animals but I love to do both. The first time was 20 years ago, when my pet cat Holly Go-Lightly was in one of my productions and was an instant hit. Since then we’ve had horses, dogs, goldfish and even a golden eagle with a 6ft wingspan on stage.

“Many years ago when we last did La Boheme and asked local people to volunteer their pets it was a huge success. We even used a rescue dog once and found him dozens of new owners! We’re a nation of animal lovers after all. I’m sure there is plenty of doggie talent out there.”

The last time the opera was performed in Manchester last November, the part of Musette’s dog was played by Ted, a stray dog rescued from a life on the streets, who made his stage debut.

To audition your dog, send a photograph to Jules Bath via email to jules@ellenkent.co.uk or mobile to 07791 012837. Please include your contact number and address as well as the breed, height, weight, age and name of your dog. If you are successful, they will contact you several weeks before the performance.