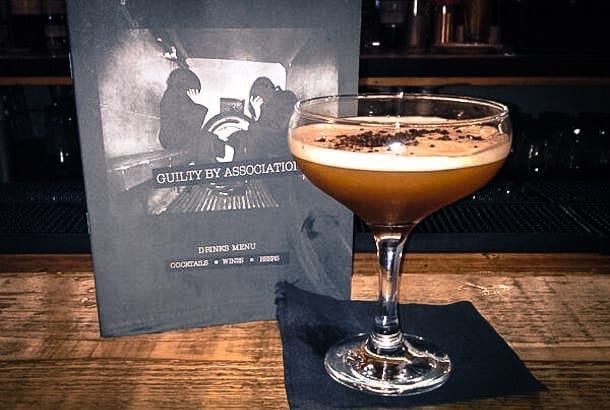 Guilty By Association is a new late night bar in the Northern Quarter brought to us by the good people behind Liquorice, Damson and The Red Lion Inn.

Officially opened on 14th June (or was it 17th?), ‘Guilty’ is another nook opening in the up-and-coming hip Stevenson Square. It’s designed to follow a similar vein to the said award-winning venues, according to joint owner restauranteur Steve Pilling.

In a typical subterranean and reclaimed NQ environment, Guilty has opened beneath what is soon-to-be PLY (a new bar/diner from the people behind Kosmonaut), but unlike PLY (and Damson for that matter), Guilty only serves drinks.

A similar mantra to Liquorice, serving a host of imaginative cocktails including one called ‘Guilty Pleasures’ which is essentially an alcoholic chocolate milkshake in a martini glass; and others with marshmallows in (from £6.50). Aside from sweet cocktails, their bar also hosts four draft beers (from £3.80 a pint) on top of fore-fronting a wide selection of selection of boutique bottled beers including those ever-popular BrewDogs. There’s also six bottles of white, five reds and one rose wines (from £14.95 a bottle) and one prosecco (£25 a bottle). 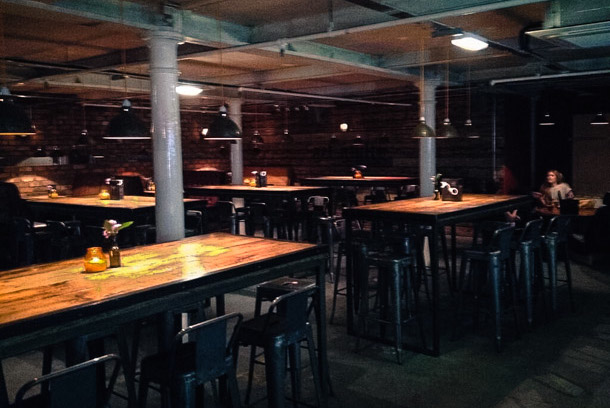 Yet another Northern Quarter joint designed to look shabby; with its chipped back plaster board to expose brick and reclaimed seats from vehicles, Guilty has gone artistically destructive. With an old pin-ball machine, a foosball table (yes, we spelt that right) and even… a stair chair lift…?

If the success of Damson and Liquorice are anything to go by, then it’s safe to say ‘Guilty’ will sustain its hype. Old school beats, cocktails and a late licence.

Come and find us!!!!! pic.twitter.com/mDQespRMlG