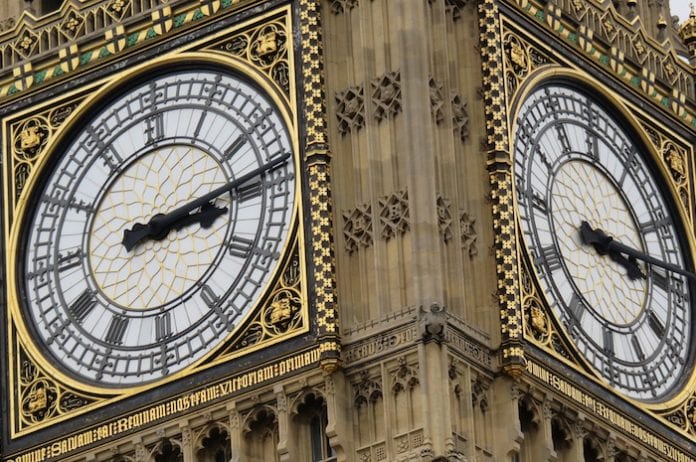 Labour’s grip on Greater Manchester’s Parliamentary constituencies has tightened following the General Election, boosted by the meltdown of the UK Independence Party’s vote.

Any hopes the Conservatives had of making gains in areas that had shown strong support for Brexit in last year’s EU referendum were dashed despite the Tories share of the vote increasing in several seats. On the night it was Labour who gobbled up most of the voters who supported UKIP in 2015 but defected this time.

It was a shoe-in for Lucy Powell in Manchester Central who increased her share of the vote  by a massive 16 points to 77.4 per cent while support for UKIP and the Greens plummeted by 8.1 and 6.8 per cent respectively.

It was a similar pattern across the city region as the Liberal Democrats, UKIP and the Greens were all squeezed in the battle between the big two which resulted in a hung Parliament.

In Manchester Gorton, where a by-election following the death of sitting Labour MP Gerald Kaufman was postponed, “Gorgeous” George Galloway, standing as an Independent, came third, miles behind Labour. Gorton voters gave former Lord Mayor Afzal Khan, who becomes the city’s first Muslim MP, a majority of more than 30,000 over the Conservatives. He said his election after the Manchester bombing sent “a powerful message to the terrorists and the racists.”

In Rochdale, former Labour MP Simon Danczuk, standing  as an Independent, was humiliated. He won just 883 votes, while Tony Lloyd, his successor as official candidate, held the seat with 58 per cent of the poll, a 12 point increase over 2015.

Tory Jane Howard saw her share of the vote also boosted by 11.4 per cent as UKIP support went down by 15.5 per cent and the Lib Dems’ by 2.2 per cent.

Victory means a remarkable Parliamentary comeback for former interim Greater Manchester mayor Mr Lloyd, one-time chairman of the Parliamentary Labour Party, who resigned his Manchester Central seat in 2012 to successfully campaign for the post of Police and Crime Commissioner.

Labour regained Bury North from the Conservatives with James Frith’s vote increasing by 12.5 per cent, but there were no changes elsewhere in Greater Manchester.

Graham Stringer comfortably held Blackley and Broughton for Labour, taking the lions’ share of UKIP’s 12 per cent vote collapse. Ruth Long Bailey increased her grip on Salford and Eccles where the UKIP vote was down by 13.2 per cent, and it was a similar tale as the UKIP vote dived by 11.5 per cent in Wythenshawe and Sale East, easily retained by Mike Kane. In Stockport, Labour’s Ann Coffey saw her share of the vote boosted by 13.4 per cent while combined support for UKIP, the Greens and the Lib Dems plummeted by 17 per cent.

UKIP’s biggest vote crash came in Heywood and Middleton – down by almost 26 per cent – and though the Tories saw their share increase by 18.9 per cent, it wasn’t nearly enough to unseat Labour’s Liz McInnes who also polled 10.9 percent more and scored a comfortable 7,617 majority.

In Ashton-under-Lyne, Angela Rayner held the seat for Labour with an increased majority as the UKIP vote plunged by 17 per cent.

Graham Brady, chairman of the influential 1922 Committee of backbench Conservative MPs,  held Altrincham and Sale West, but his majority was halved to 6,426 by a 12.2 per cent surge in Labour’s share of the vote.

And while Labour held Bolton North East and Bolton South East, Tory Chris Green managed to hang on to Bolton West with a majority of 936, edging up his share of the vote by 7.3 per cent to Labour’s 7.1 per cent, as UKIP support withered by 17 per cent.

Manchester Withington, the last Tory-held seat within Manchester city boundaries – lost in 1987 – has since been a Labour – Liberal Democrat battleground, with Labour now in firm control.  Jeff Smith’s majority has increased to almost 30,000 over former Lib-Dem MP John Leech, boosted by an 18 per cent rise in his share of the vote while the Lib Dems and Greens’ share was down by 8 per cent and 6.5 per cent respectively.

Labour’s Kate Green increased her majority in Stretford and Urmston to almost 20,000.

Voter turnout was significantly higher all over Greater Manchester, as it was nationally,  in all probability boosted by Jeremy Corbyn’s appeal to the younger electorate and his pledge to axe university tuition fees.

It also seems highly likely that concerted social media campaigns for young people  – worried by the consequences of a ‘hard’ Brexit  – to register and use their votes, had an impact on the result.

With Mr Corbyn’s position as Labour leader substantially strengthened, it will be interesting to see whether his supporters take revenge on MPs on a list leaked earlier this year who are considered to be negative or hostile towards him. They include Stockport’s Ann Coffey, Bury South’s Ivan Lewis and Lucy Powell of Manchester Central, who were all victorious last night.