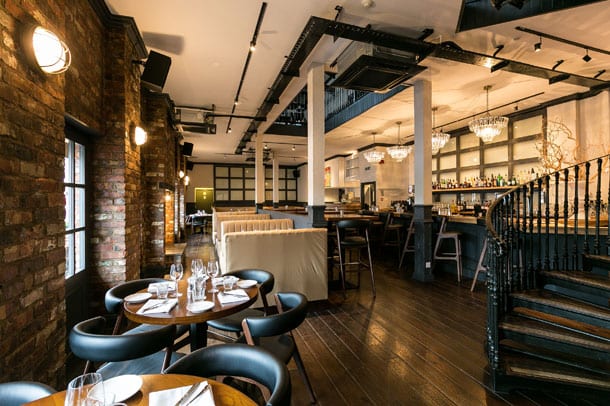 Back in September, we paid a visit to Cibo, a newish restaurant in Didsbury which had been making a bit of a name for itself since it replaced La Tasca in Didsbury.

Cibo serves a chicchetti menu – in other words, small plates of Italian food that you eat like tapas. The chef, Martin Cordwell, has a love of Italian food and everything is made from scratch. We were advised to go for two to three dishes each. It’s separated into fish, meat, pasta and pizza as well as a cold selection, with plates costing from a fiver into the teens It’s not cheap but it’s great food and if you choose wisely it won’t leave your pockets too empty.

Our one big gripe was that more or less everything came at once. But it’s good and could be very good  if they start delivering in waves as this is how such food should be enjoyed.

Now for the good news. There’s loads of offers on at Cibo.

On Thursdays, cocktails are half price.

On Fridays, prosecco and champagne are half-price.

On Sundays, there’s a set price lunch with two courses for £12 and three for £15. And kids can order from the main menu and get a half-portion!

Finally, party organisers who book a table for 8+ people will receive a complimentary meal of two to the value of £50 if they book before 31st November 2013