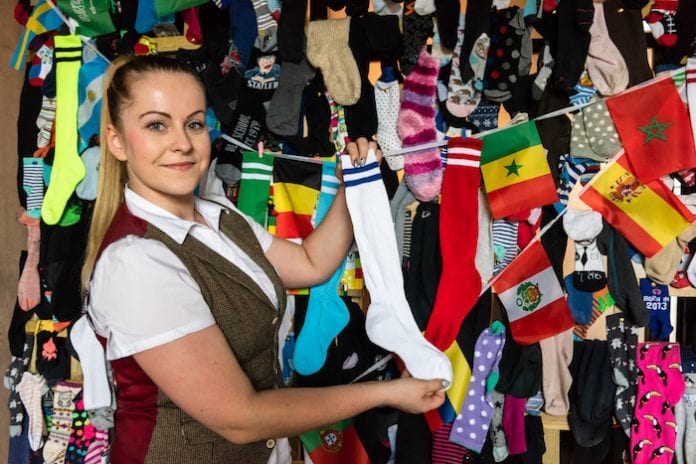 To celebrate the World Cup, Jurys Inn Manchester has launched Oddsoccer, a charitable initiative giving supporters the opportunity to hand over their odd football socks for a good cause.

The hotel is giving £1 for each sock donated to local charity Forever Manchester who fund and support community activity across Greater Manchester.

“With two rival football teams, it’s hard not to love the sport in Manchester – and what better way to capture the nation’s passion for the World Cup than by supporting a very special charity, Forever Manchester,” said general manager, Steven Devine.

“Our Oddsocks Bar & Kitchen compliments the vibrancy and personality of the city, so we came up with the Oddsoccer initiative to match the restaurant’s fun and friendly appeal.” 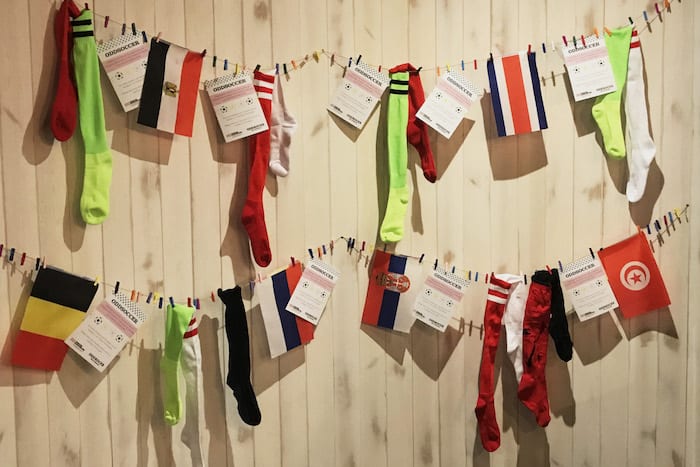 Steven added that people loved the idea of an Oddsoccer wall, with guests and locals alike being keen to show their support for the initiative.

“Everyone’s clearly very excited about England’s success in the World Cup so far and Oddsoccer is a great way to present the public’s enthusiasm. All donations will go to local charity Forever Manchester, which is a cause close to our heart.

“The charity raises money to fund and support community activity across the city and wider region, aimed at helping young people, older people and disabled people, as well as homelessness, sports, environmental, education, and cancer support projects. We hope our donation can make a difference this summer.”

Oddsoccer is open to hotel residents and non-residents alike and will be running at Oddsocks Bar & Kitchen untilSunday 15th July, the day of the World Cup Final.

As well as showing every World Cup match live, Oddsocks will also have be serving some special themed food.

Whichever country you’re supporting, you can tuck into patriotic English fish and chips or themed burgers including The French Brie, The Spanish Treat, an extra special chicken and chorizo burger, and The Mexican loaded with chilli con carne, Monterey Jack cheese and sour cream.