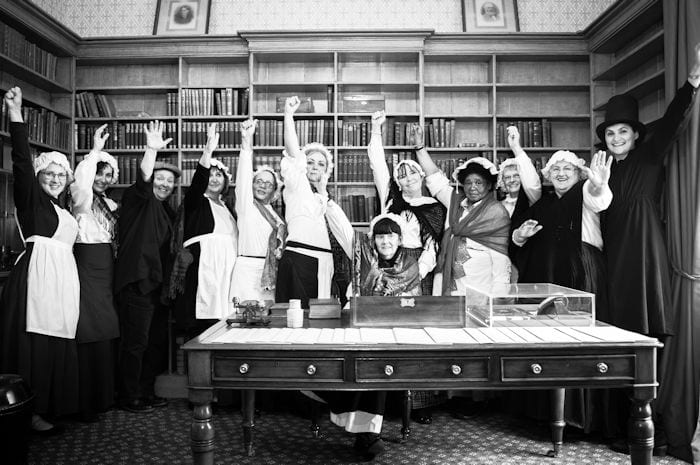 Women from Ardwick and surrounding areas have worked together to devise songs and sketches inspired by the life, work and times of the Victorian novelist for a specially commissioned promenade performance of this innovative mini-musical.

It is a powerfully moving show, interweaving themes from Gaskell’s novels and her life. Audiences have described it as ‘inspiring and joyful, with wonderful rousing music’ and ‘a brilliant way to see the house.’

Elizabeth Gaskell (1810-65) was born in London and brought up in Knutsford. In 1832 she married William Gaskell, who was assistant minister at Cross Street Unitarian Chapel in Manchester and became an important figure in the cultural life of Manchester, and advocate of working class education. During their early married life, the Gaskells lived in Ardwick and in 1850 they moved to 42 (now 84) Plymouth Grove, a large house beyond the manufacturing district in view of open fields, with their daughters Marianne, Florence, Meta and Julia.

The house, a Grade II listed property, was built between 1835-1841 as part of an upmarket development on the semi-rural outskirts of the city and is a rare surviving example of a suburban villa. It was designed in the fashionable Greek Revival style, probably by Richard Lane, a prominent local architect. The two unmarried Gaskell daughters lived in the house until the death of Meta in 1913 and the contents of the house were then sold. 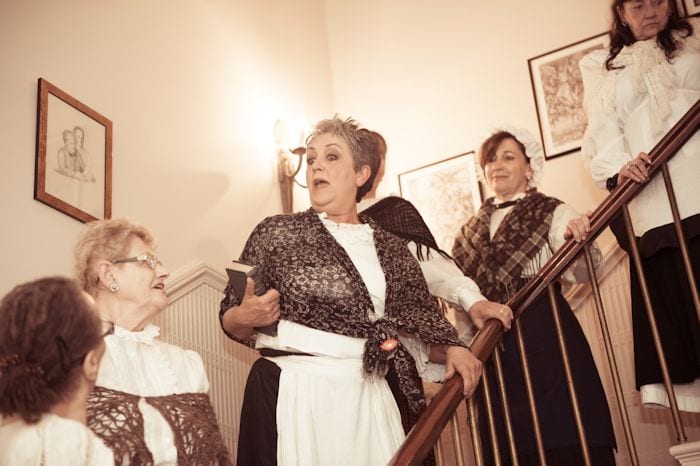 This production  has been devised and delivered by enJOY arts and Claire Mooney in partnership with Elizabeth Gaskell’s House.

Claire is well known in Manchester as a singer songwriter and as a presenter on BBC Radio Manchester where she writes and performs the Song of the Week and reviews the newspapers. She worked with enJOY arts in 2015 on Tales of Manchester Life with young women from Wythenshawe and Salford, a piece inspired by the story of the Gaskells and performed in Elizabeth Gaskell’s House.

enJOY arts are an award-winning community arts organisation who specialise in devising participatory theatre and other art-based projects with community groups. enJOY created Tales of Manchester Life and produced Takeover Day last autumn, when young people managed the house for a day bringing their own approach to interpreting the house and its stories for our visitors.

The original project was funded by Arts Council England, One Manchester Community Fund and Places for People. This new performance is also supported by the Heritage Lottery Fund.