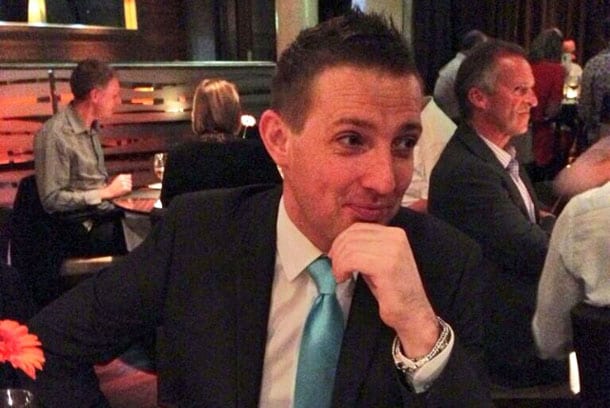 Watching a two-Michelin star chef at work has truly been the highlight of the week for me at ABode. This week the inspirational Michael Caines has been in town to help celebrate the fifth anniversary of Michael in Manchester.

Some might expect him to be worried about other big openings in the city from the likes of Rogan and Byrne. But far from it. The more the merrier, as far as he is concerned.  He firmly believes that opening Michael Caines in Manchester has paved the way for others. Back in 2008, ‘Le Mont’ and ‘Establishment’ had closed and Gary Rhodes was but a dim memory. But Michael was  determined to make fine dining work in Manchester.

It was great to see him at work this week in the Cafe Bar & Grill reminding the press just who made accessible and affordable fine dining work first in Manchester! 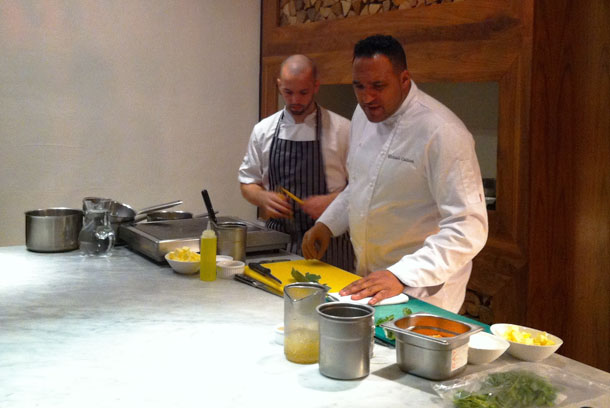 So what does Manchester actually want? There are so many funky new openings from Artisan to Neighbourhood to prove that Manchester has an insatiable appetite for food. And there’s more to come – the new look Corn Exchange and James Martin for starters! Michael Caines is good mates with James Martin so I suspect he may pay a visit! Personally, I think Mancunians want good food and great value – the original purpose of Michael Caines.

“After love, there is only cuisine.”

So in a week when food has had more publicity in Manchester than the City-United derby, I am looking forward to not just enjoying more fifth birthday celebrations at the ABode but getting out into the city and enjoying some amazing food.

After all, as Michael says himself, “After love, there is only cuisine.”

Please show your support by voting for us as Best Restaurant and Best Chef. Thank you!