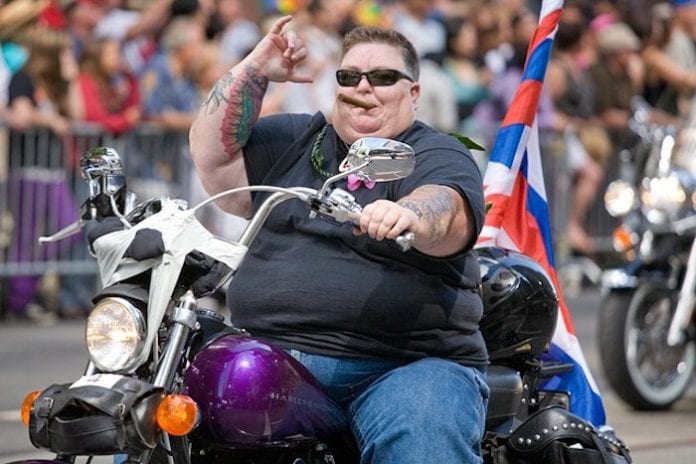 A columnist for Russia’s biggest selling newspaper who recently paid a visit to Manchester found the city full of “fat people and debauchery”. Worse still, nobody told her about the Gay Village.

At the risk of falling foul of what the FBI and American intelligence agencies say is “the most skilled community of cybercriminals on the globe” – that’s Russian hackers to you and me – a journalist who rejoices in the name Alisa Titko of the tabloid newspaper Komsomolskaya Pravda must have been walking round Manchester with her eyes closed.

Or, with relations between the UK and Russia at pretty much an all-time low, was Ms Titko on a mission? After all, journalists working for organs with the word Pravda (truth) in the title have been known to stray from the God’s honest from time to time.

And with Russia due to host the World Cup next year, was she attempting to justify the country’s often brutal intolerance of its own gay community and send out a warning to gay football fans from other countries to stay away?

Ms Titko’s homophobic rant about “debauchery” and her description of the sight of gay people as “disgusting” contains some telling phrases that suggest her trip to Manchester – the most visited city in England after London and a must-see destination in 2017 according to the San Francisco Chronicle – was more than just a casual break. Was she on official Kremlin business with a brief to spread fake news?

With her poison-tipped pen, Ms Titko claims that Moscow was right not to follow the example of Manchester and her observations show why the Russian capital “should not be more tolerant to couples with non-traditional sexual orientation”.

It’s hardly the sort of comment a British journalist writing a travel piece about Manchester’s twin city – which just happens to be St Petersburg – would conjure up. But then a Brit wouldn’t be arm twisted by the state to write a piece slagging the place off.

The pravda is that Ms Titko’s rant is complete b******s and she probably knows it. Where do we start? Well, how about this: “Of course,” she concedes, “it is hardly possible that men turn gay because girls are too fat and non-sexual. But it can influence it too.”

And there’s more nonsense where what came from.

“In Manchester,” she breathlessly reveals, “there is a whole part of the city for gay people. Nobody told me about it, I have found it myself when I was walking around the town. There is even a plate there saying ‘Gay Village’.

“It is the most popular place for such couples, there are cafés and clubs there with small rainbow flags. Of course, a young man with a girl can also go into the gay club but they should know that if somebody approaches them, it maybe not just for a chat but for something more deep.”

Wow. Imagine, though, walking into a club in Moscow or St Petersburg and somebody approaches you. It could be that the slim, blonde is what President Vladimir Putin boasted about when he said: “Russia, undoubtedly, has the best prostitutes in the world”. Far more likely, however, is that your new acquaintance will be a member of the FSB – successor to the KGB – or a goon from the local mafia. It’s hard to tell the difference in Russia these days.

Ms Titko’s denigrating slurs about the weight of Mancunian womenfolk tend to overlook our traditional view of Russian women who were not only adept at driving a T-34 tank but looked as if they might be capable of destroying one with a mighty forearm smash. Remember the not-so-svelte shot putter Tamara Press.

At least our outsized lasses enjoy the pleasures of putting on the pounds by eating pies, chips and burgers, unlike the Ruskies who seem to prefer bulking up with shedloads of steroids. Speaking of which, has any Russian sportsman or woman ever taken to track, field or tennis court without a complete change of blood a couple of hours before competing?

All good fun. But if I may be so bold, will the hackers who encounter this piece online pass on to Ms Titko my personal invitation to come back to Manchester. I’d be delighted to show her something different.