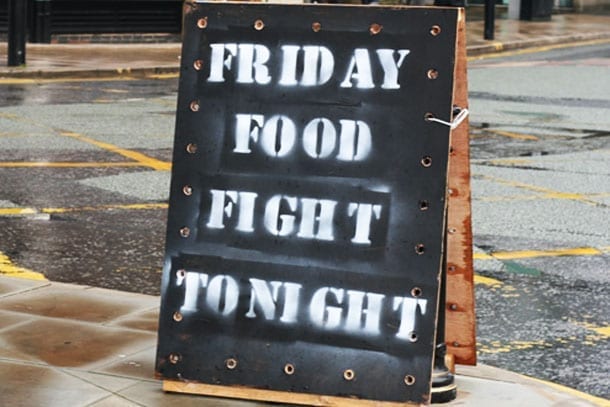 B.Eat Street caused a twitter storm on Sunday night when it announced the location and food partner line ups for their first four events.

#FRIDAYFOODFIGHT is hitting Manchester on Friday March 7th 2014 in Manchester’s Upper Campfield market. Running for 12 consecutive Fridays it will be bringing together an incredible mix of the city’s best street food, music and drinks all under one roof. Part street food market, part drinks emporium with a soundtrack provided by some of the city’s top DJ’s, #FRIDAYFOODFIGHT will be like one big turbo-charged food court.

Friday Food Fight is run by a core team of four; Asif Hayat and Jodie Bannister from Castlefield Artisan market and B.eat street’s Chris Legh and Will Evans; Then there’s a further team from online marketing guru’s mustard media who have been driving the twitter frenzy for the events. 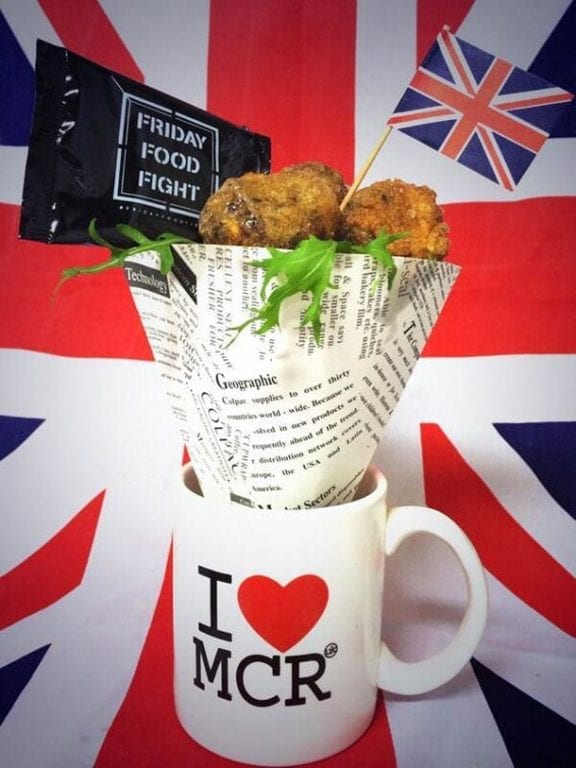 “The usual office argument of where to go eat after work on a Friday will be dead now” said Will Evans from Friday Food Fight, “all 10 food traders each night will be dishing up different styles of food from each other ensuring every hunger is catered for”.

All confirmed food partners for the first 4 weeks are:-

Love From The Streets
Caribean

All food will be washed down with craft beers such as Kona Big Wave and Firerock from Hawaii, Red Hook Longhammer IPA from Washington state and Paulaner Hells lager from Germany, Cider from Swedish craft cider company Briska and cocktails from Diageo Reserve brands with spirits such as Ketel one vodka, Pampero rum, Don Julio tequila and Johnnie walker whisky.

Music is important to Friday Food Fight, it has partnerships with the best DJ collectives in Manchester such as Juicy, Krysko, Funkademia and Drop the mustard to name but a few. Expect an eclectic soundtrack to your food each night easing you into your weekend and sending you off for a great night in the city

“We just want everyone to have fun and relax into the weekend, ideally rather than people going home after work on a Friday we want them to come here, have something amazing to eat in a casual, fun environment and then stay out in the bars and pubs of Manchester”