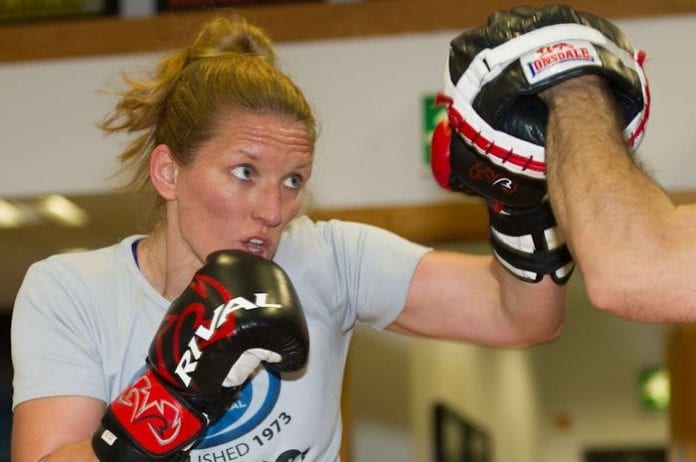 When Stacey Copeland was on her way to making history by becoming the first British female boxer to win a Commonwealth title, she hit her opponent so hard that she sustained a hand injury that could impact on her determination to be an inspiration for other young girls.

Footballer turned boxer Stacey will seek to defend her title before Christmas – then perhaps another two or three times before stepping up for a world title shot.

“But at the moment I can’t make a fist or punch,” she said. “I’ll be going for a scan and seeing a specialist and we’ll take it from there.”

Her victory over Mapule Ngbane in the super welterweight division came last month in Zimbabwe. It was a tough contest but her points victory in her first ten-round contest was emphatic and unanimous. And the hand injury? “She kept going low and I kept hitting the top of her head. She had a very hard head,” said Stacey.

Stacey’s driving ambition is be a role model paving the way for the empowerment of a new generation of sportswomen. But the old prejudices remain. She admits that as a footballer and even more so as a boxer, she has been subjected to abuse, particularly via twitter. 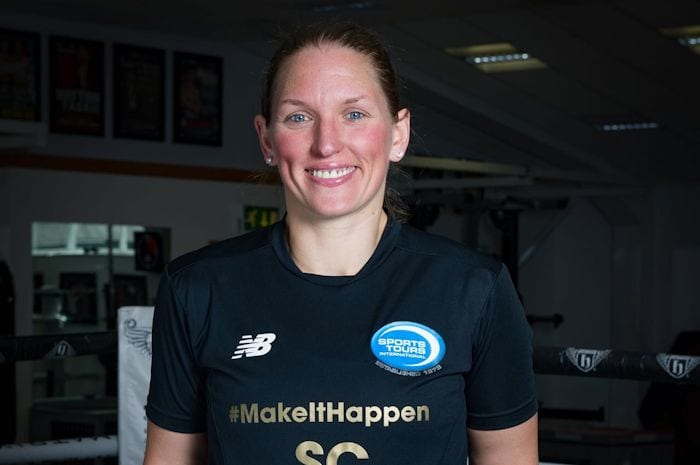 Hence, of her win in Zimbabwe, she says: “I am really proud from a personal point of view to be celebrated and recognised for the very things that some people want me to be ashamed of being – a woman in boxing. And before that, football was something I was mocked for.”

The 36-year-old from Hyde has won all five bouts since turning professional last year.

She began boxing aged six at her grandfather’s gym in Stockport. Her dad Eddie was a successful amateur, becoming ABA Champion in 1979. But with women being barred from the sport, she took up football, playing for England under-18s and women’s premier league club Doncaster Belles and reaching an FA Cup Final.

After a series of injuries – her knees went – Stacey hung up her boots in 2010. She made her amateur boxing debut the following year, becoming a three-time national champion and European Silver Medallist.

Now she’s a professional, she rues the fact that that the British Boxing Board of Control will not sanction a British title on the grounds, she says, that there’s “not enough depth” in the women’s game.

She argues, however, that “you only need two contenders” at the same weight and that the number of licensed female boxers in the UK has risen from just six to 23 in a single year. It would be a shame, she says, that if it takes another five or ten years, the pioneers of women’s boxing will be denied opportunities to take part in their sport.

Her mission goes far beyond her own sporting career. Her “pave the way” initiative, set up with Parrs Wood High School where she’s worked as head of wellbeing and personal development for seven years, is committed to bringing through new generations of women in sport.

She has given more than 50 talks on the subject and last April addressed the European Parliament in Brussels.

“It just feels amazing,” she told Sky Sports News. “I actually feel quite emotional. One, because I was completely shocked and I didn’t expect to win it, but also because starting out as a young girl in boxing, it wasn’t even legal for me to compete.”